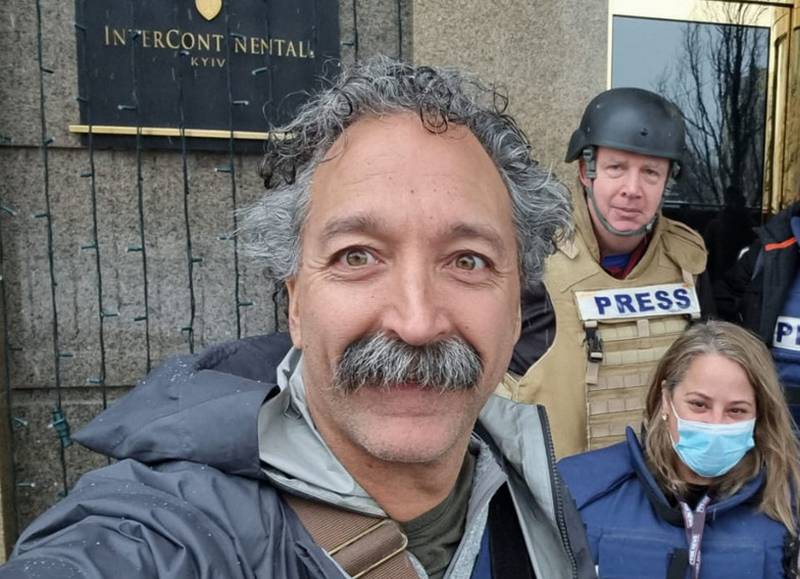 Ground Report | New Delhi: Fox News cameraman; Two journalists working for Fox News were killed outside Kyiv amid Russia’s invasion of Ukraine after the news network said their vehicle was “hit by fire”.

Cameraman Pierre Zakrzewski and producer Oleksandra Kurshynova were killed when their vehicle was hit in Horenka, on the outskirts of the Ukrainian capital. The Ukrainian Defense Ministry blamed Russian troops for the attack.

“We are deeply saddened by the deaths of Pierre Zakrzewski and Oleksandra Kuvshynova in Ukraine while working for Fox News, and hope correspondent Benjamin Hall recovers from his injuries,” said Gulnoza Said, CPJ’s Europe and Central Asia program coordinator. in a sentence.

Kuvshynova’s death was also confirmed by the local publication Kyiv Independent and the Committee to Protect Journalists (CPJ).

The deaths of Zakrzewski and Kurshynova bring the death toll among journalists in the war to five, according to Ukrainian accounts. American filmmaker Brent Renaud was fatally injured over the weekend while covering the conflict.

Earlier in the day, before the deaths of Zakrzewski and Kurshynova were made public, the Ukrainian parliament’s human rights chief, Lyudmyla Denisova, said dozens of journalists had been injured and at least three killed in the fighting.

“At least 35 journalists have become victims” of Russian forces, including three who were killed, Denisova wrote on Telegram. Renaud was shot dead by Russian forces on March 13 in the city of Irpin, outside Kyiv, according to a regional police chief.

Ukrainian journalist Evgeny Sakun was killed in an attack on a Kyiv television tower and Viktor Dudar, another Ukrainian reporter, was killed in fighting near the southern port city of Mykolaiv, he said. (Fox News cameraman)