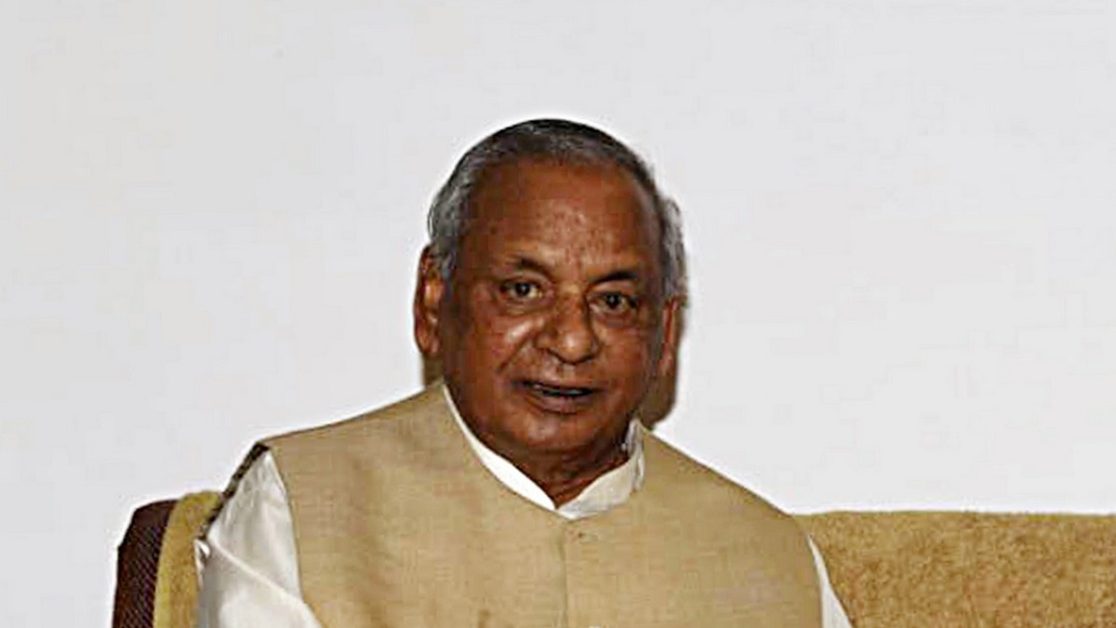 Ground Report | New Delhi: Former UP CM Kalyan Singh; Former Uttar Pradesh Chief Minister and former Rajasthan Governor Kalyan Singh passed away on Saturday after a prolonged illness. He was admitted to the ICU of Sanjay Gandhi PGI on July 4 in a critical condition.

The former UP CM was admitted to the Intensive Care Unit (ICU) of the hospital on July 4 due to infection and a low level of consciousness. Earlier his treatment was going on at Dr Ram Manohar Lohia Institute of Medical Sciences.

Singh was the Chief Minister of UP when the Babri Masjid was demolished by a mob in Ayodhya on 6 December 1992. Prime Minister Narendra Modi took to Twitter to offer condolences to the veteran leader, saying, “He has left an indelible contribution for the development of Uttar Pradesh.”

“I am saddened beyond words. Kalyan Singh Ji…statesman, veteran administrator, grassroots level leader and great human. He leaves behind an indelible contribution towards the development of Uttar Pradesh. Spoke to his son Shri Rajveer Singh and expressed condolences. Om Shanti,” PM Modi tweeted.

Kalyan Singh started his politics as a staunch Hinduist leader at a time when the Congress party was dominant from Uttar Pradesh to the entire country.

ALSO READ: ‘No vote to BJP’ Facebook group disabled, reactivate it after protests

From Jana Sangh to Janata Party and then to the leader of the Bharatiya Janata Party, he also became the MLA and Chief Minister of UP, but his political ambitions not only tarnished the image of his Hinduist leader but also became the reason for his untimely. slope in politics.