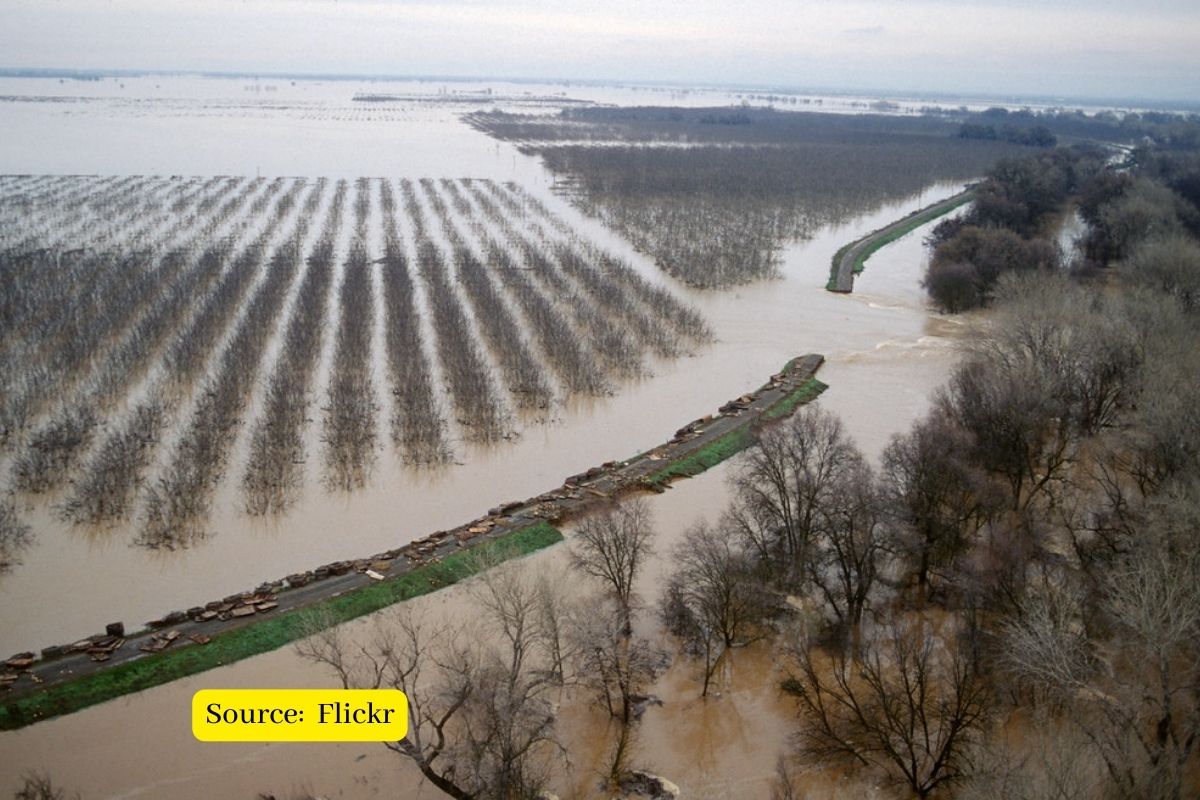 Heavy rains in California State killed 17 people on Tuesday, Gov. Gavin Newsom’s office said, including two motorists who died in a crash on Highway 99 in Tulare County when a tree that had been hit was struck by lightning on the highway, the authorities reported.

Heavy rain and winds battered the San Francisco Bay and surrounding regions Wednesday night, prompting scattered evacuations along rivers where flooding was expected. The authorities have indicated that the next few hours will be crucial.

The meteorological phenomenon strongly affected the large population of homeless people in California, which is facing an even more precarious situation these days. At least one homeless person died, the AP reported, and more than a dozen had to be rescued from a homeless encampment near the Ventura River.

The storms left transportation chaos in their wake, threatened coastal and riverside towns and left tens of thousands of people without power. The weather service issued a flood watch for Tuesday for the entire San Francisco Bay area, as well as the Sacramento Valley and Monterey Bay. Areas affected by wildfires in recent years could experience mudslides and debris on bare slopes, which have not yet recovered their protective layer of vegetation.

The storm, the most recent extreme weather event of 2023, was expected to dump enough rain to exacerbate ongoing flooding and increase the risk of avalanches, according to forecasters.

Forecasters also warned that California could experience wind gusts of 60 miles (97 kilometres) per hour at the height of the storm, and some areas could receive rainfall of half an inch (12.7 millimetres) per hour.

The death toll from the succession of storms that began last week rose from 12 to 14 on Monday, after two people, including a homeless person, were killed by falling trees, according to state authorities.

State highway authorities said Monday night that parts of the state and federal highway network were cut off by flooding, rock or mudslides, heavy snowfall, or damaged cars and trucks. The closures included the northbound lanes of Federal Highway 101, a crucial coastal route, and sections of Federal Route 6 and State Route 168.

Also Read:  Koalas could be extinct within 30 years

Evacuation orders have been issued in Santa Cruz County for about 32,000 residents living near swollen rivers and streams. The St. Lawrence River has been declared in a state of flooding and drone images showed many houses surrounded by murky water with the top half of cars poking out of it.

The entire coastal community of Montecito, home to Prince Harry, Oprah Winfrey and other celebrities, has been ordered to flee on the fifth anniversary of a landslide that killed 23 people and destroyed more than 100 homes in the coastal enclave.

County officials ordered the evacuation of 20 homes in the Orcutt area after flooding and a sinkhole damaged as many as 15 homes.

Jamie McLeod’s property was under an evacuation order from Montecito, but she said there was no way she was “getting off the mountain” with a rushing stream on one side and a landslide on the other. The 60-year-old owner of the Santa Barbara Bird Sanctuary said one of her employees came to make a weekly food delivery and also got stuck.

McLeod said she feels lucky that her home is on high ground and there is still power. But she is tired of the frequent evacuation orders since the massive forest fire followed by the deadly landslide five years ago.

President Joe Biden issued an emergency declaration Monday to support storm response and relief efforts in more than a dozen counties. Much of California remains in severe to extreme drought, though storms have helped fill depleted reservoirs.