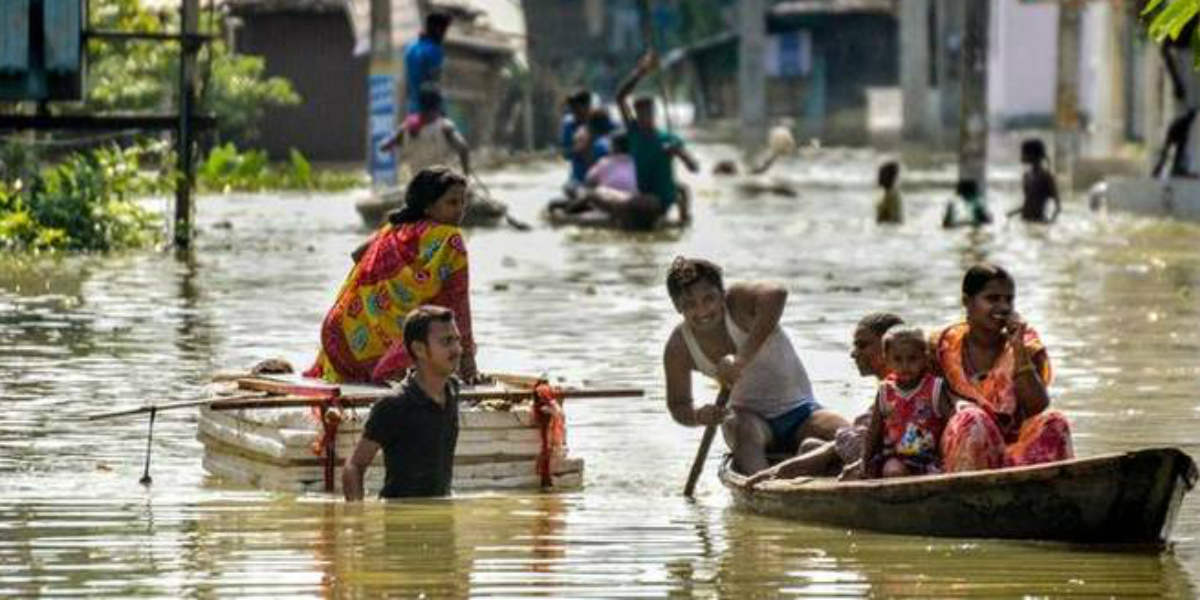 As the country battles with Covid-19, states of Assam and Bihar have to deal with floods as well. This year, the seasonal floods are back and we are not yet ready. This makes it important to ask- When will we be prepared?

The Case of Assam

Every year Assam experiences floods due to increased levels of Brahmaputra River. This year, almost 21 lakh people have been affected. The death toll stands at 50. The Barpeta district is the most affected of all the 27 districts experiencing floods. Further, heavy rains have caused landslides in Nagaon district, killing 2 people.

Situation of Floods in Bihar

This year, continuous rainfall in Nepal has led to a rise in water levels of various rivers. These include Bagmati, Kamla and Gandak. Many villages in Chainpur, Aurai, Madhoban Pratap, Raghopur and Babhangama have submerged.

Also Read:  How these 15 districts of Assam became most vulnerable to Climate Change?

According to TOI, villagers from Muzaffarpur had to evacuate their homes due to rising water levels. Also, they haven’t got any relief support from the authorities. In visuals from ANI, people can be seen using boats to commute in floodwater. In Darbhanga district almost 100 villages have washed away. Still, any major steps have not been taken.

In 2019, as many as 6 districts in North Bihar were declared flood affected. The situation even hampered rail and road services in many areas. Yet the authorities do not seem to be taking any lessons from the past.

In both these states, rising water levels create havoc every year. But the authorities wake up only after the damage is done. This critically affects the farmers and the poor people who have are left to deal with the situation themselves.

ALSO READ: “When Will We Wake Up?” Kapil Sibal After Sachin Pilot Shows Dissent