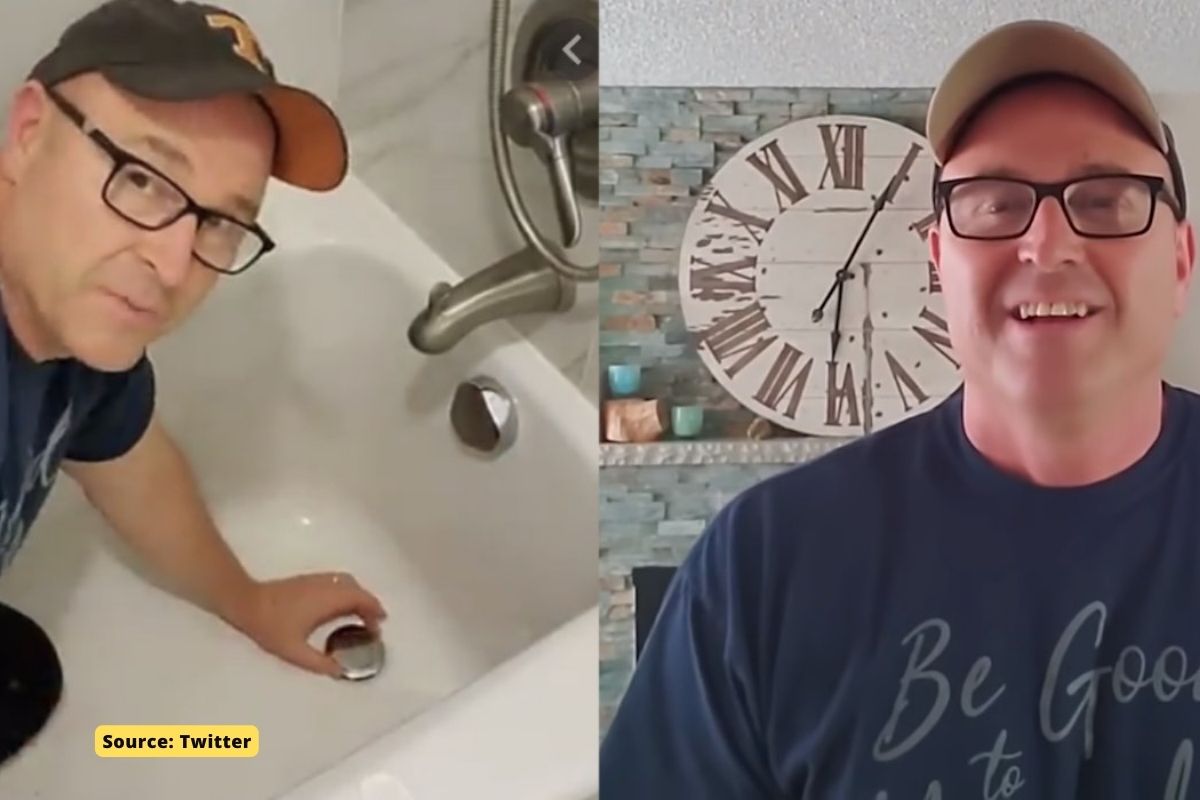 In April 2020, Rob Kenney, 55, started a YouTube channel called “Dad, how do I?” It features basic lessons that are stereotypically passed down from father to son, such as “how to shave your face” or “how to use a stud finder.” The channel grew from zero subscribers to 4.1 million subscribers in a matter of weeks.

Rob Kenny, a father of two, had a difficult childhood. Growing up in Bellevue, Washington in the 1970s, Rob learned that his father had left his parental responsibilities when he was a teenager.

“He took care of us, but he didn’t really want us,” Rob said in a recent interview with Shattered. “I think he was ready by then.” One day the situation peaked when his father told him that he no longer wanted to have anything to do with him or his siblings. “He said, ‘You know, I’m done having children,'” Rob explained. “You have to find out where these children are going because otherwise, I give them to foster families.”

Rob Kenney’s childhood was not easy. From an early age, she realized that her family was not like the others, with a father who did not love them and a mother who, a victim of the stress of raising 8 children alone thousands of miles from her loved ones, fell into the hands of alcohol.

Rob wanted to leave a legacy, especially for those struggling with a broken family or an absent father, and he decided to create the “Dad, How Do I?” channel, where he teaches different household chores.

In a short time, Rob has become a much-loved person on the internet, acting as a second father to thousands of people. Words like “I’m proud of you”, the title of his latest video, have reached deep inside since many have not even heard those important and valuable words from their own parents.

“You are a priceless treasure and we will protect you at all costs. Watching your videos has made me realize how foreign the idea of ​​a father being kind, loving, and caring is to me. My father is short-tempered and abusive, so The only emotion that made me feel was fear. Just thinking about how many children out there have parents as you excites me. I am so happy for them and now you are here to take care of others. Thank you, dad, from the Internet, “is one of the messages that you received in your last video.

Without knowing it, Rob has become the father that many needed, bringing a ray of light and hope to the internet, proving that this sometimes dark place can also be very kind.