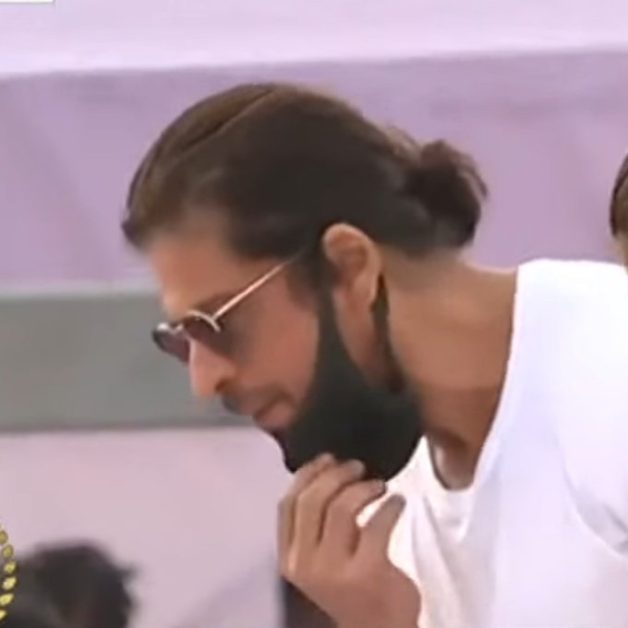 Ground Report | New Delhi: Shahrukh Khan spit on Lata; Acclaimed singer Lata Mangeshkar, popularly known as the ‘Queen of Chiefs’ and ‘Bubble India’, was cremated with official honours. Lata Mangeshkar passed away this morning at the age of 92 and her death marked the end of an era of singing. Lata Mangeshkar’s last rites were performed at Shivaji Park in Mumbai.

On this occasion, Shahrukh Khan and his wife Gauri Khan also paid tribute to him, but some people are questioning the manner of Shahrukh’s tribute.

Many people have questioned this method of Shahrukh. People are thinking of spitting it by blowing it. Although many people have given clarification on how one can spit on the body of such a respected personality in a crowd of thousands. Actually, he blew after reciting the dua, although he should have refrained from doing so on a public platform. Before Shahrukh Khan, former cricket captain Sachin Tendulkar and his wife also paid tribute to Lata.

A Twitter user Sidrah wrote “a globally acclaimed Muslim superstar has gone to pay his respect. he raises his hands, makes Dua and blows over-an act rooted in faith and love. grandparents and parents do it for their children. spouses do it to each other. anyone whom is affectionate towards. 1.”

In another Tweet she wrote “and a here a member of the ruling party does not think once before dehumanising the actor and the Mudlum community at large by spewing rw agenda that is routinely peddled. in times of the pandemic and otherwise. naked bigotry. never mind it is a time of mourning. 2.”