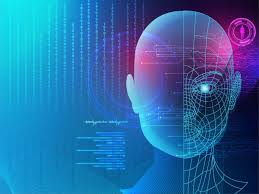 What are the implications here?

Is it a big deal if your facial data is being recorded? There is no data protection law in India regarding facial recognition.

The IT Act 2000, which largely governs the Digital India campaign, does little in terms of guaranteeing the privacy of Indian users. The European Union accounts for FRT data in General Data Protection Regulation (GDPR) guidelines and several states in the United States prohibit the use of facial image data for FRT.

A total of 64 FRT systems have already been installed in India. Telangana, Maharashtra, and Tamil Nadu are leading with the numbers. Today FRT is being used mostly for identification (CBSE, Pune Airport, and security/surveillance purposes (Hyderabad and Mumbai Police) at State and Central levels.

These neural networks are trained on thousands or even millions of examples of what kinds of problems the system might encounter, allowing the model to “learn” how to correctly identify patterns from the data. Facial recognition systems use this method to isolate certain facial features identified in an image – such as the distance between certain features, the texture of a person’s skin, or even the thermal profile of the face. and compare the resulting facial profile to other known faces to identify the person.

How secure is UIDAI data?

The UIDAI (Unique Identification Authority of India) database tells the story of the largest volume of biometric data in the world, so if the government plans to link FRT with UIDAI data, the security of the data is a major concern.

Several security researchers have pointed out that third parties who use this data can serve as a link in exposing sensitive information to hackers. A similar incident happened with Facebook where the data of 553 million people was breached due to a third-party flaw.

ALSO READ: Moon and the sea will cause months-long floods in 2030

Facial recognition technology has inspired widespread concern because of its potential for abuse. Understanding the reality of how accuracy affects these risks will be critical for policymakers trying to design protections for their citizens while preserving the benefits of technology.

The rapidly improving accuracy of facial recognition systems will help prevent harm from misidentification, but could also increase other risks by making the technology more attractive to those who may abuse it. At the same time, improvements in technology would potentially increase value for law enforcement and private businesses, creating pressure to allow the adoption to continue to expand.

As policymakers work to regulate the use of these technologies, it will be important for them to focus on the risks and opportunities the technology will look like in the future, rather than on concerns about the technology being right.