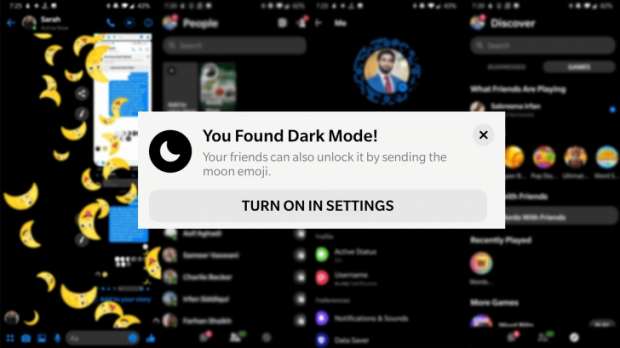 Ground Report | New Delhi: Facebook Dark mode disappeared: The disappearance of the Facebook Dark mode feature , a matter that surprised millions of users of the social networking platform without knowing the reason behind it, specifically for the version of version “319.0.0.38.119” on iPhone phones, which prompted them to wonder about the reason behind this, as well as how to restore it in easy steps. And simple.

The reason behind the disappearance of the Facebook Dark mode feature is that there is a technical error in the platform after the latest update launched by the company for Android phones. As for the iPhone phones, it is simple. Certain features on the “Facebook” application on Android and iOS, and we are working to return things to normal as soon as possible.

Although the Facebook Dark mode feature has disappeared, it can be easily and easily restored, by following some of the steps that we mention in the following lines.

In the following lines, the steps for restoring the Facebook Dark mode feature for Android and iPhone phones are as follows.

– If the problem persists, exit the application completely “logout” and log in again.

ALSO READ: ‘Danger of action’ on social media companies for not following rules

– The app’s cache and storage can be wiped out, in case you cannot restore it by normal methods.

As for iPhones, the Facebook Dark mode feature can be restored, as follows.

Go to the iPhone Settings, followed by the Applications section.

Steps to convert Facebook to dark mode for Android

And for Android phones who are looking for steps to convert Facebook to the dark mode, it is possible to clear the app’s cache and storage, in the event that it is not restored by normal methods, and this method will not work with most phones but it is just a way to solve.

Many social media users complained about the disappearance of the dark mode on Facebook without prior notice from the iPhone and Android phones, and according to some users, after updating Facebook, many different features disappeared, including the “Dark Mode”, specifically for the version version. 319.0.0.38.119 »on iPhones.

And «Facebook» that it solved the problem of the disappearance of dark mode from Facebook completely for Android phones, and users must reactivate the dark mode again.

Steps to convert Facebook to dark mode on your computer

– Open the main interface of Facebook on the browser.

Click on the arrow in the top left of the screen.

– Choosing “On” from Dark mode, the Facebook color will turn black.

So far, it is limited to phones only.