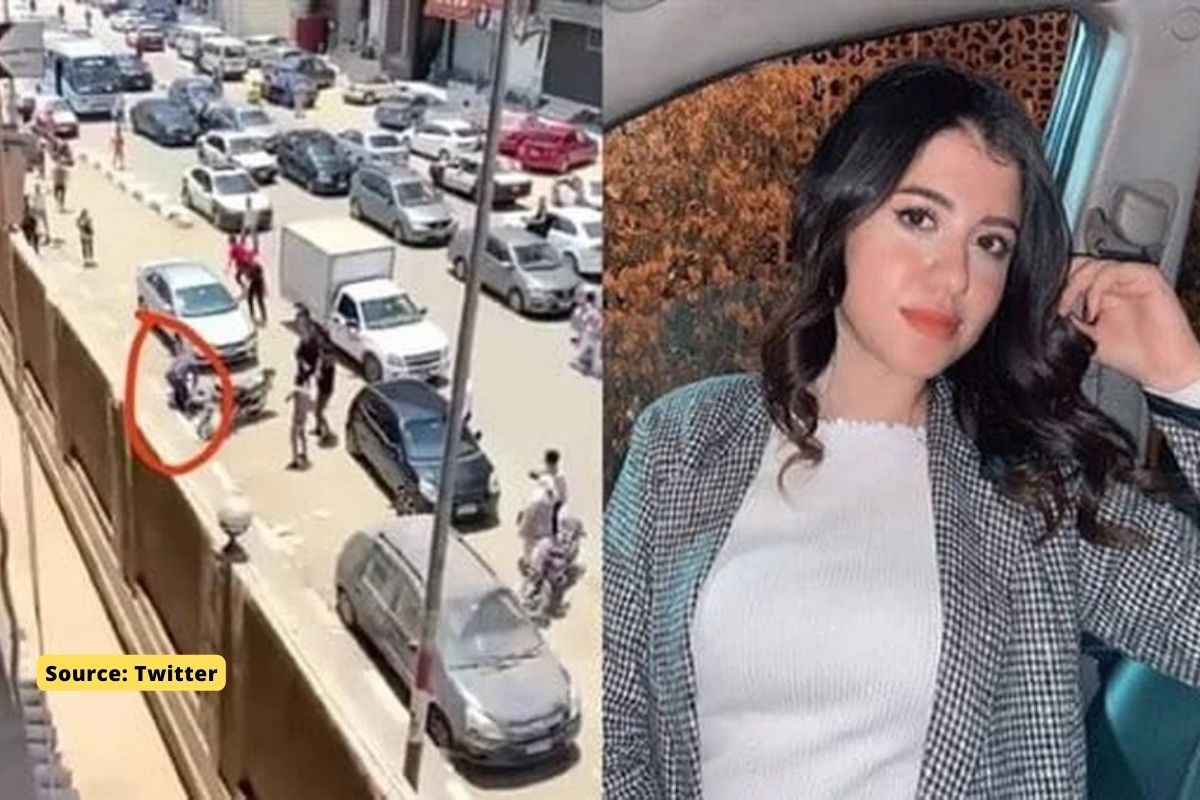 Social networking sites in Egypt and in some Arab countries swept through shock and anger after a young man slaughtered his colleague a university student Naira Ashraf with a knife in front of Mansoura University in Dakahlia Governorate, north of Cairo. This anger was exacerbated by comments from individuals and a religious figure, who many users said “justify killing” and help “normalize a culture of coexistence with violence and victim-blaming”.

Users of social media expressed their anger and denunciation of what happened through hashtags such as # Haq Naira Ashraf, #Mansoura_student and #Mansoura_University, especially after the spread of horrific video clips of the slaughter process showing the non-interference of passers-by to prevent crime.

According to local media reports, footage of the incident shows that the attacker was restrained by the bystanders and arrested by the police.

The prosecutor’s office said on Tuesday that the investigation continues and that the suspect named Mohamed Adel will be detained for four days. In the statement, it was stated that Adel, who was accused of premeditated murder, confessed to the murder, pointing to the disagreements between the two and Adel’s refusal to offer to marry.

Egyptian judicial authorities said that after interviewing about 20 people, including the victim’s family, he repeatedly tried to approach the victim after the suspect refused his marriage proposal. The prosecution also said that the family had requested a restraining order for him more than two months ago.

Security camera footage and statements from 13 witnesses to the murder, which took place in broad daylight, were used to confirm the suspect’s identity. The prosecutor decided to conduct an investigation to determine the exact cause of death.

The incident in Egypt caused great repercussions on social media.

“As long as we don’t take the complaints of young women seriously and say that those who fight for women’s rights ‘encourage the girls and cause trouble,’ this will be the result,” El-Komsan said on Instagram.

Youtuber Khalid Gas said on Twitter, “I can’t perceive what happened, I can’t imagine the reasons or reasons because no reason other than being sick is pushing anyone to commit such a crime, all I can think of is his family, how they got the news and their situation.

Egypt’s Observatory on Violence Against Women recorded more than 800 cases against women last year, almost double that in the previous year. The actual number of cases is likely to be much higher, the report said, as women tend not to report to the police.