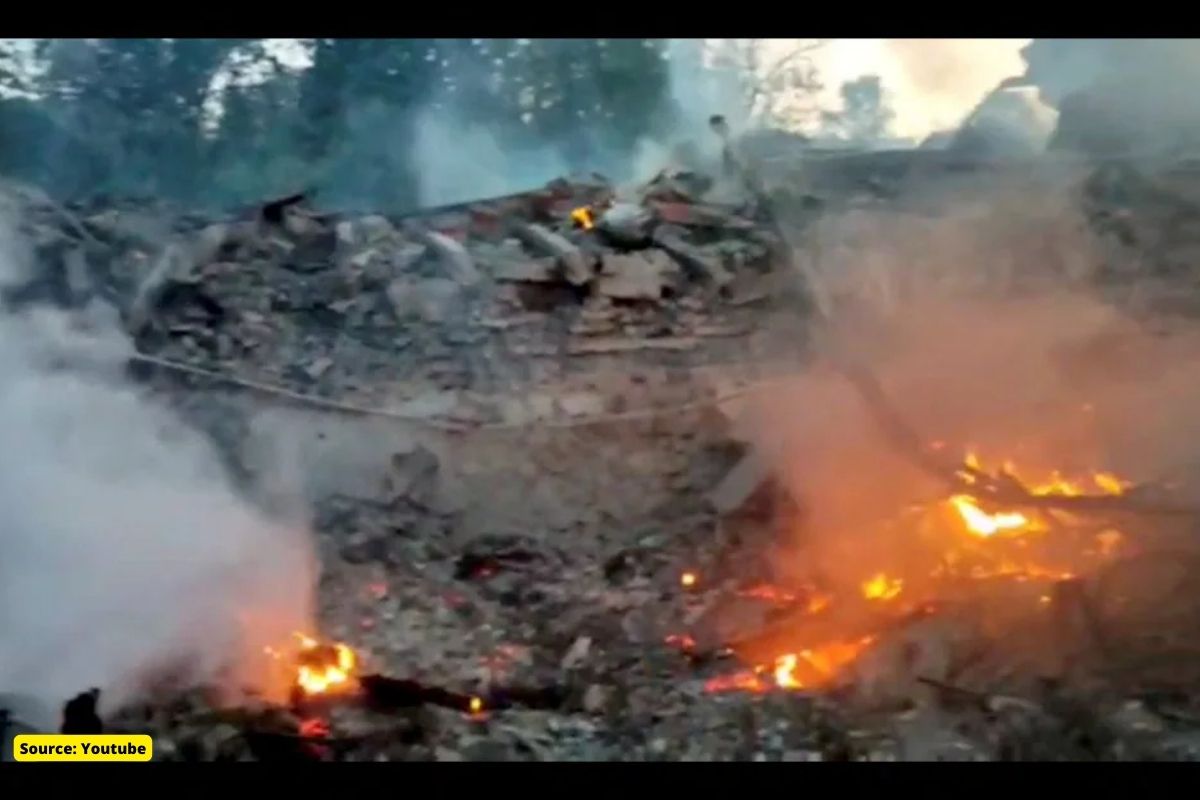 Luhansk Governor Serhiy Gaidai in eastern Ukraine said at least 60 people had been killed in an explosion at a Russian school in a village in the region.

According to the British news agency Reuters, the governor of the region said that Russian troops dropped a bomb on Saturday at a school in the village of Belugorioka, where about 90 people were hiding. The blast occurred shortly afternoon in front of a crowd of mourners.

The governor wrote in a telegram: “The fire was put out in about four hours, after which the wreckage was lifted and, unfortunately, two bodies were found. Thirty people were pulled out of the wreckage, including seven wounded.” At least 60 people are expected to die after being crushed under the rubble of buildings.

Hundreds of civilians were evacuated from a large metallurgical plant in the ruined southeastern coastal city of Mariupol under the auspices of the United Nations and the International Committee of the Red Cross (ICRC).

In a speech Saturday night, Ukrainian President Volodymyr Mirzelinsky said more than 300 civilians had been evacuated from the Ivestel metallurgical plant and that authorities would now focus on trying to evacuate the wounded and medical personnel.

According to the AFP news agency, the governor of the region said: “Unfortunately, the bomb fell on the school and it was completely destroyed. A total of 90 people were present, 27 of whom were rescued. 60 people who were at the school could have died.

Victory Day in Europe is celebrated in connection with Germany’s official surrender to its allies in World War II. On the occasion of this day, President of Ukraine Volodymyr Zelinsky said in his emotional speech on Sunday that in the event of a Russian invasion, evil has returned to Ukraine, but his country will remain.

On the eve of Monday’s Victory Day celebrations in Russia, US President Joe Biden and other G7 leaders will make a video call to Zelensky on Sunday in solidarity.

Explaining European support for Ukraine, the United Kingdom has promised an additional 3 1.3 billion in military aid. The aid is more than double the UK’s previous promises.

Victory Day is an important event in Russia, and President Putin will tour a military parade on Moscow’s Red Square on Monday. The event will demonstrate military prowess with tanks, missiles and intercontinental ballistic missiles, and the Russian military is taking part in the war in Ukraine.

The speech of the Russian president may signal the future of war. Russia’s efforts have been hampered by mass casualties, transportation problems and ammunition as a result of Ukraine’s repression.

William Burns, director of the US Central Intelligence Agency (CIA), said on Saturday that Putin was convinced that “doubling resources” on tensions would improve the situation for Russia. Speaking to the Financial Times in Washington, Burns said Putin believed he believed he “could not afford to lose the war.”