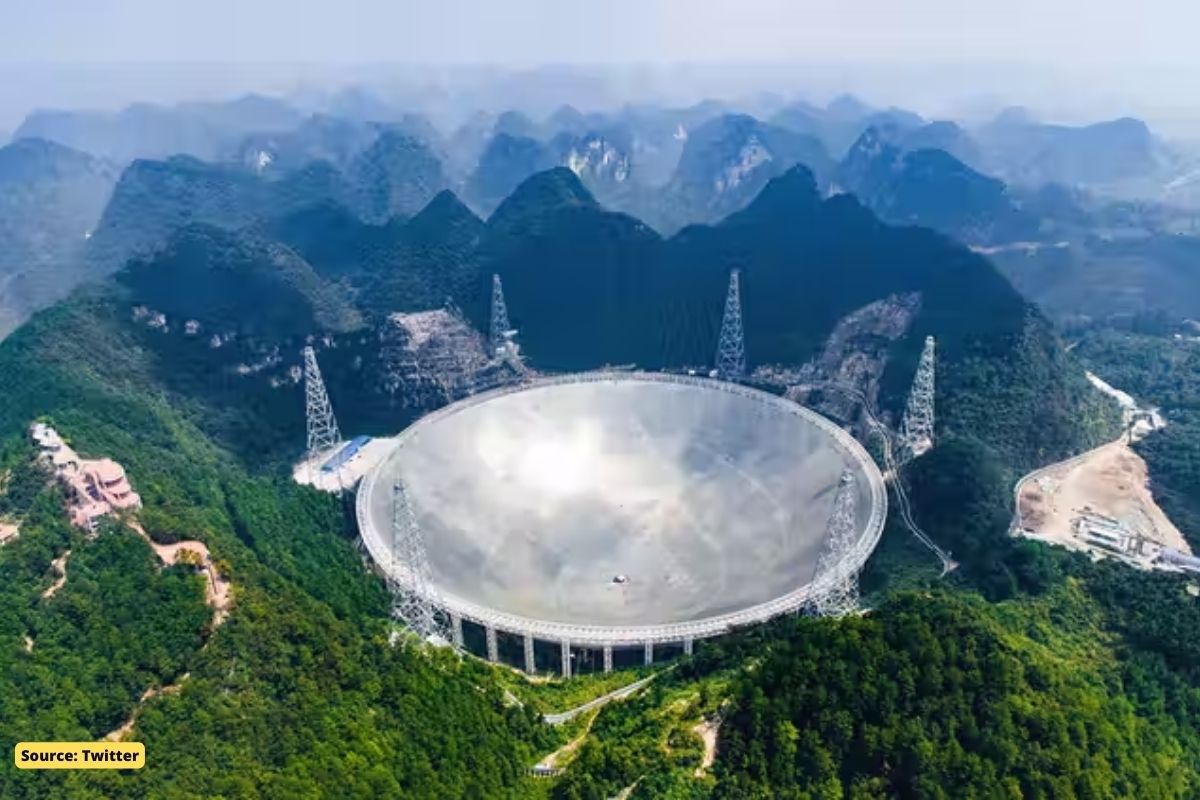 Chinese state media is reporting that its Five-hundred-meter Aperture Spherical Telescope (FAST) has detected what could be signals sent from “alien civilizations.” FAST is a radio telescope capable of capturing signals from space.

Researchers from Beijing Normal University published their findings in a report on Tuesday. In the report, written in Chinese and translated using a web translator, the team claims to have discovered “several cases of possible technological traces of extraterrestrial civilizations outside of Earth.” Those traces include narrowband signals, which are used for short-range transmissions.

According to the report, “electromagnetic waves are the most suitable carrier or messenger for interstellar communication. Regardless of the wind or the rain, (the waves) can penetrate the Earth’s atmosphere regardless of the weather.”

The report also talks about findings from the Japan Aerospace Exploration Agency in which it was announced that “more than 20 amino acids were found in the samples of the asteroid “Ryugu” collected by the “Hyabusa 2” probe. The report expands by saying: “Since amino acids are the basic units that makeup proteins, they are also important clues in exploring the origin of life on Earth. This discovery is considered to prove that life probably originated outside of the earth and has sparked widespread speculation about extraterrestrial life.”

Professor Tongije says: “The possibility that the suspected signal is some kind of radio interference is also very high, and needs to be further confirmed and ruled out.”

Interestingly, Li Di, the chief scientist of FAST, said in a media interview that he expects FAST to produce new results in three directions in the future, one of which is in exploratory fields such as signs of alleged alien civilizations and exoplanets.

Peng Bo, director of the FAST Key Laboratory of the Chinese Academy of Sciences and a researcher at the National Astronomical Observatory, publicly stated that the signals received by the “China Eye of the Sky” are likely to have signals from extraterrestrial civilizations, “but we still have time to identify them” said Peng Bo.

However, scientists believe the detected signals could also be radio interference:  “The possibility that the suspected signal is some kind of radio interference is also very high, and it needs to be further confirmed and ruled out,” said Zhang Tonjie, the cosmologist in charge of the investigation,

“The search carried out with the ‘Sky Eye’ is a long way and we have worked hard,” added the scientist, who has been dubbed the “best alien hunter in China.”

The tasks of the FAST

The FAST space observation object, located in Guizhou province, is the world’s largest and most sensitive aperture radio telescope. The dish was completed in 2016 and the observatory cost $171 million to build.

Although it was designed for various purposes, one of its main functions since 2020 has been the search for extraterrestrial life and other exoplanetary targets.

Peking Normal University works jointly on the research program with scientists from the University of California, Berkeley, USA.

“China’s ‘Sky Eye’ will repeat the observations of the suspicious signals already discovered to further examine and detect new ones. We hope that the ‘Sky Eye’ will be the first to discover and confirm the existence of extraterrestrial civilizations,” Zhang concluded.