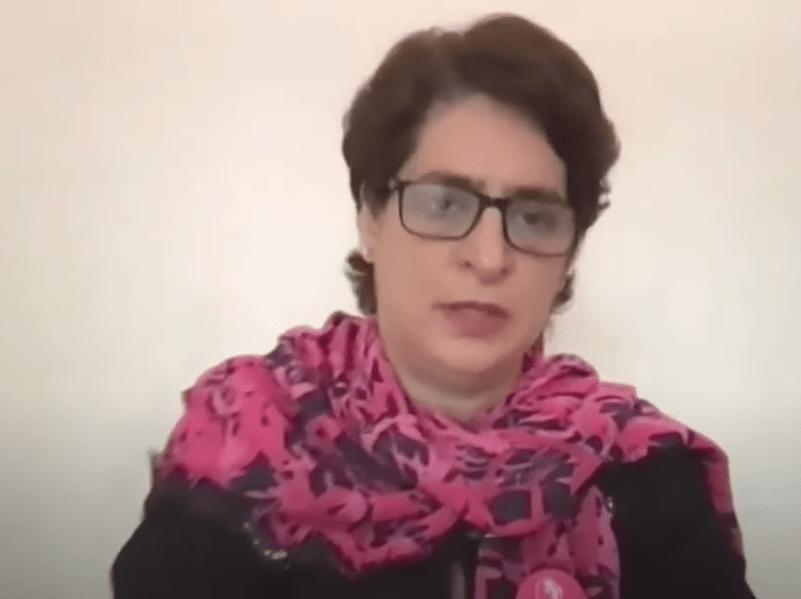 Ground Report | New Delhi: Congress list for UP Polls; Congress General Secretary Priyanka Gandhi has released the first list of candidates for the Uttar Pradesh Assembly elections. She announced 125 candidates, of which 50 are women.

In the press conference held on Thursday, Priyanka Gandhi especially mentioned women candidates and gave information about them. Among the women candidates who have been given tickets in Congress, one name is very important. Congress has given a ticket to Unnao rape victim’s mother Asha Singh. In this case, former BJP leader Kuldeep Sengar was accused of rape and murder.

The victim’s mother Asha Singh has been fielded from Unnao’s Bangarmau, the same seat where Sengar won as a BJP candidate in 2017 and remained an MLA till her conviction in the case. BJP had also won the by-election in this seat.

“Our list sends a new message that if you have been a victim of harassment and torture, the Congress will support you,” said Priyanka Gandhi Vadra, who had earlier released a women-centric “Ladki hoon, lad sakti hoon (I’m a girl and can fight)” campaign in Uttar Pradesh.

Giving information about Asha Singh’s name, she said, “She wants to continue her struggle. We want them to come to power and fight their own battles.

Apart from this, some journalists and social workers have also been given tickets. Announcing the candidates, Priyanka Gandhi said, “We have tried that there should be struggling and such candidates who do new politics in the state. Of these, 40 percent are women and 40 percent are youth. Women candidates include some journalists, an actress, women struggling, and women who have faced torture and harassment in their lives.