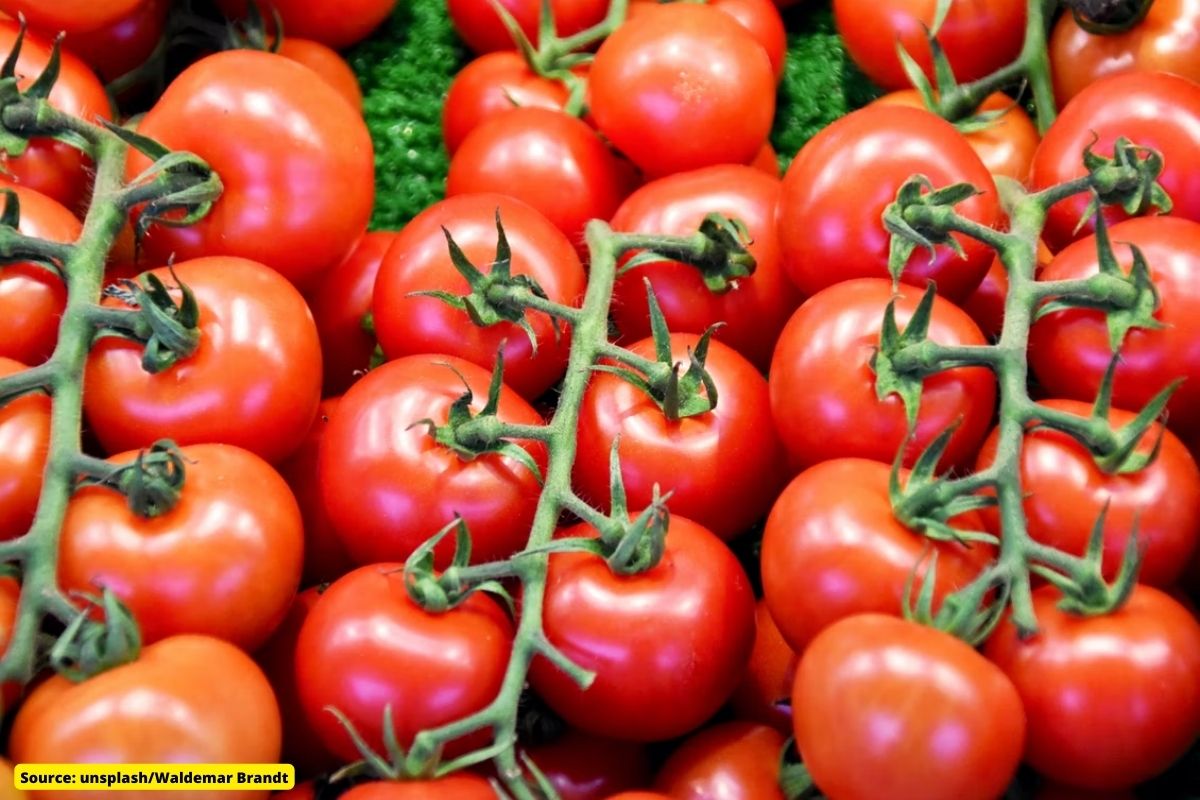 Global warming is real, and this time it now comes after our favourite tomato ketchup, a mealtime staple around the world. Whether it’s sandwiches, burgers or fries; noodles or fritters, we love this sweet and sour condiment with just about anything. But in a rather disturbing study, a team of researchers from Aarhus University in Denmark has warned that high temperatures are negatively affecting the annual yield of what are described as “processed tomatoes.”

The juicy, red, ripe, sweet tomatoes from which ketchup is made are grown predominantly in California, Italy, and China. Two-thirds (65%) of the 180 million tons of tomatoes produced each year are grown in these three countries. Unfortunately, these places are now being affected by climate change. As is the case with most crops around the world, rising temperatures are putting these tomatoes under alarming stress.

The study noted that climate change will severely influence the yield, production and water demand of processed tomatoes. And while atmospheric CO2 concentration can help compensate, it cannot fully offset the adverse effects of rising temperatures.

Heat, drought and pests are some of the causes that have impacted the cultivation of these popular vegetables. World production of processing tomatoes is concentrated in a small number of regions where climate change could have a significant impact on future supply. Process-based tomato models project that production in the major producing countries (United States, Italy, and China, accounting for 65% of global production) will decline by 6% by 2050 compared to the 1980 baseline –2009.

Climate problems affect agriculture all the time. But climate change doubles down on the challenges, making it harder to grow beloved foods like tomatoes. The effects are sometimes obvious, like the heat wave (150 times more likely due to climate change), but they also manifest themselves in more subtle ways: for example, the current climate-exacerbated drought has left farmers with a huge lack of water.

Tomato sauce is made from so-called processed tomatoes, which are predominantly grown in California, Italy and China, all of which are at risk from global warming. A team of researchers led by Aarhus University in Denmark has now created a mathematical model to see how different climate change scenarios would affect production.

Dr. Davide Cammarano, lead author of the study from Aarhus University: “The threat of climate change is significant, especially as the type of tomato we are dealing with in this study (processed tomatoes that are grown in the field and harvested mechanically) requires irrigation. More water is likely to be needed to sustain profitable production in the future. This has important implications because water is going to be less available for agriculture in some of the areas considered in this study.”

Of course, it’s not just climate change that’s changing the game for tomatoes. Pandemics and supply chain issues related to the Russian invasion of Ukraine, inflation, and ever-tightening water restrictions are just as important and often seem more urgent to those on the ground.

But according to Cassandra Swett, a tomato researcher at the University of California, Davis, climate change often makes itself felt, not just through catastrophic fires or hurricanes, but more progressively. The effects of a single heat wave, or an ongoing drought, are transmitted from farm to processor, from processor to commercial vendors, from commercial vendors to local pizza makers, and then on to the consumer.

“But the general conclusion is that tomato health is affected not only by the direct impact of climate change, such as heat, but also by indirect effects such as drought and disease,” she says. “If it doesn’t rain more next winter, we’re going to have even more problems,” says Montna. “That’s the truth”.

Tomato growers do not be fooled: it is almost certain that the cultivation of the red fruit will be more difficult. Over the past 30 years, the Central Valley has had an average of five to seven days with temperatures above 37°C, a physiological threshold above which tomato plants become highly stressed, Pathak says. But his work shows that, by the end of the century, there could be 40 to 50 such hot days a year.

And Sarah Smith, a researcher at Davis, found that even a single day of heat above 43°C causes a drop in tomato yield and quality, costing the grower around 1% of their total revenue.

“It’s not a bad crop, it’s not a mass effect,” she says, “but when you’re in agriculture and operating on fairly small margins, every loss adds up.”

It is getting harder and harder to find solutions. Swett and Tom Turini of UC Davis are constantly working to help farmers stay on top of the weather and disease-related issues.

One promising idea is “deficit irrigation.” Turini tested how much water growers could save if plants reduced the ideal amount of water a bit during their last months of growth when they are strong and well established. Initial tests, conducted a decade ago, looked promising: growers could give them up to half of what they wanted and keep the overall performance about the same.

Need for change to keep a sustainable production

According to the projections of this study, climate change is presented as a big problem for tomato processing, and within the next 30 years, for example, Italy will no longer be able to produce tomatoes.

“This causes a problem in the supply chain of the industry, if they want to stay in Italy, they will have to get tomatoes from other regions. From a logistical point of view, this causes a problem, but it is also quite costly both in terms of economy and certainly also in terms of CO2 emitted during transport”, explains Davide Cammarano.

In a subsequent study, he aims to investigate new potential regions for processed tomato production, which is not just a study of temperature increases around the world.

“Tomatoes need more than just the right temperature to grow, they need a certain amount of water, the right soil conditions and nutrients, and of course also farmers who know how to grow vegetables,” he explains.