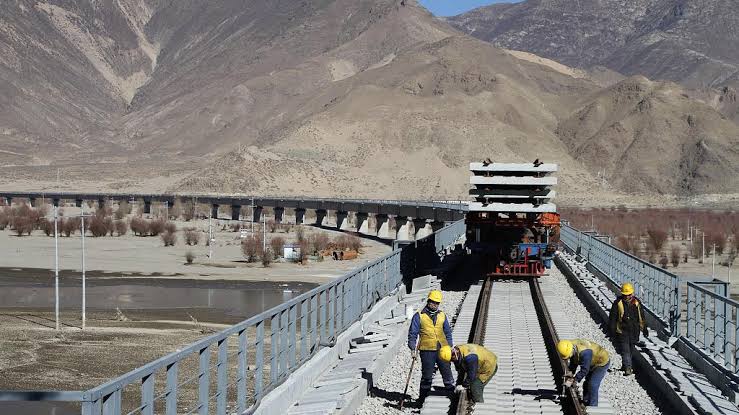 Amid ongoing dispute between India and China, China is constantly trying to strengthen the infrastructure near the border. China is preparing to lay a new rail line in Tibet located near eastern Ladakh.

This railway line will also pass close to Arunachal Pradesh. On Saturday, the China Railways announced contracts for the construction of two tunnels, a bridge and electrification on the Sichuan-Tibet Railroad.

These works will be in the Yan-Linzhi section. After the names of the companies doing the work are fixed, work on the land will start soon.

China trying to make it easier to reach near Indian borders

Work on the Sichuan-Tibet Railroad will begin from Chengdu, the capital of Sichuan Province. This rail route will connect Tibet via Yan and Kamado. With the completion of this train route, the journey from Chengdu to Lhasa will be reduced from 48 hours to 13 hours.

China will be closer to both Ladakh and Arunachal Pradesh

The newly constructed Yan-Linzhi rail section will have a length of 1,011 km and will have a total of 26 stations. The train will run at a speed of 120 to 200 kilometers per hour on this route.

The project will cost $ 47.8 billion (Rs 3.56 lakh crore). Linjhi is also known as Ningchi. The area is close to the Indian province of Arunachal Pradesh.

China is trying to get closer to both Ladakh and Arunachal Pradesh through this one rail project. Be aware that China has been claiming Arunachal as southern Tibet for years. But India has rejected his claim. China also has an airport in Linzhi. The airport here is one of its five airports in the Himalayan region.