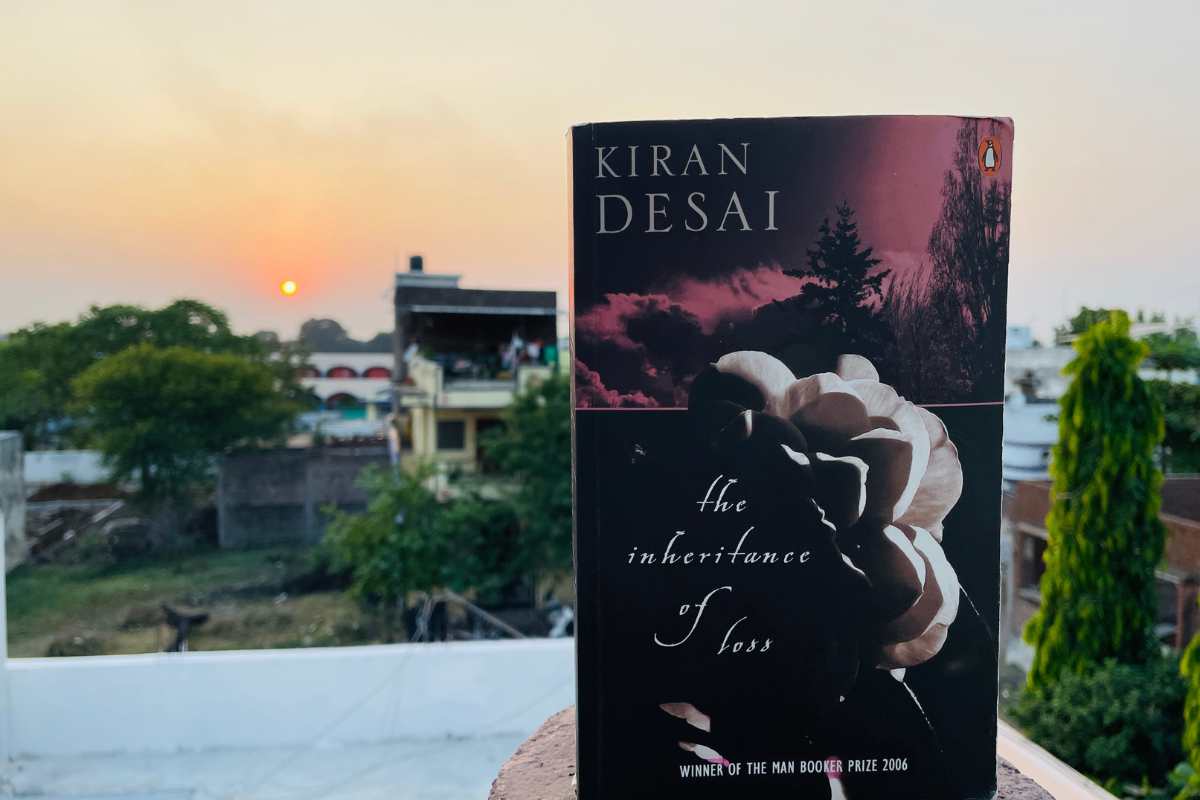 After you’re done with the book, it takes you a while to comprehend what was the book all about.

“When you build on lies, you build strong and solid. It was the truth that undid you.”

I always want to know why a book is named, and what it is named. In the case of this novel, it is slightly difficult to pin out. I spend a few hours to re-think all these characters, and what they meant. As beautiful, and tragic as the story was, there was really no catharsis. Everyone was left with nothing, or just themselves. All of these are tragic characters. And, the tragedies that took place in their past. Some of them were their own doings, but for most, it was fate. Like, you carry the burden of your past. You carry with you, to the present, the grieving truth of the past.

“But the child shouldn’t be blamed for the father’s crime, she tried to reason with herself, then. But should the child therefore also enjoy the father’s illicit gain?”

Kiran Desai’s booker prize winner is set in the town of Kalimpong, near Kanchenjunga mountain peak in 1986. Jemubhai Patel’s life changes when Sai, his granddaughter, knocks at his door. Jemubhai Patel, a retired judge, lives in his house with his nameless cook in a mostly peaceful life. Cook’s son, Biju, lives in the United States, illegally in dungeons surviving with each day. The cook cherishes the memory of his distant (geographically), through ‘tall tales’ about his son’s extraordinary achievement of living in America.

The story alternates between the timelines of Sai in India, and Biju in the United States focusing on the burden of living in two worlds for each character.

The book takes place with the Gorkhaland protests in its backdrop, which in itself is an ‘inheritance’, a conflict.

“Jemu watched his father disappear. He didn’t throw the coconut and he didn’t cry. Never again would he know love for another human being that wasn’t adulterated by another, contradictory emotion.”

The characters are living in two worlds, comfortably. Not comfortably actually. Each of their past lingers in their present like a bruise or a scar. It would be far-fetched to say that these are traumas. Though, you sympathize with the characters. You like them. Maybe, you understand them also. Some you just hate towards the end. Interestingly, one never realizes how grim or sad the book really becomes with each turning page.

The book is a documentation of the extraordinary failure of humans to communicate their emotions and nuances. The burden of all these instances, in the past, where they failed to communicate brings them their state of despair in the present. The structure of the book makes it very simple and easy to read. Short chapters, and within each chapter there is a line that divides the narrative into numerous sub-sections. These sub-sections sorta give the narrative a jump or a gap. There are a few sections that just have one or two lines. After much deliberation to start to wonder if this is what the author really wants. In a way, this form makes even the present feel like an anecdote, like a recent past.

In a book full of so many characters, each with a history, the form enables the author to even jump across continents, characters, moods, and scenes more frequently.

Desai mentions every character’s history is the product of the domination of the west. Each one has been humiliated in an attempt to become more, and losing their individuality to grave consequences. Like, the retired Judge Jemu Patel hates ‘Indians’, as he is the product of colonialism. The nameless cook feels his son’s ride to the United States will be virtuous even for his life. But, does prosperity solve the problems of the past?

“You lived intensely with others, only to have them disappear overnight, since the shadow class was condemned to movement. The men left for other jobs, towns, got deported, returned home, changed names. Sometimes someone came popping around a corner again, or on the subway then they vanished again. Addresses, phone numbers did not hold. The emptiness Biju felt returned to him over and over, until eventually he made sure not to let friendships sink deep anymore.”

The theme of immigration or migration, which leads to an identity crisis has been documented in several books. One of my favorites is Salman Rushdie’s The Satanic Verses. Even, Jhumpa Lahiri’s The Namesake is fantastic in its quest.

“This way of leaving your family for work had condemned them over several generations to have their hearts always in other places, their minds thinking about people elsewhere; they could never be in a single existence at one time. How wonderful it was going to be to have things otherwise.”

Her other book, Hullabaloo in the Guava Orchard, seems to have come from a different writer altogether. I was immensely pleased with The Inheritance of Loss, but the same can’t be said about her first novel. Although, her first is immensely imaginative and engaging if not tedious to read.