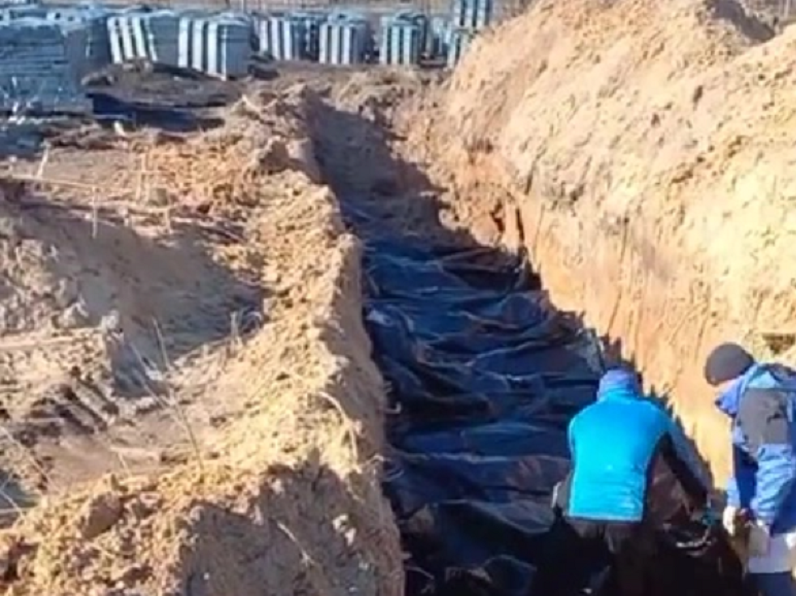 Ground Report | New Delhi: Bloodiest day in Ukraine; The Russian invasion of Ukraine entered its 21st day on Thursday with Moscow yet to capture any of Ukraine’s largest cities despite the biggest assault on a European state since World War II. In the capital Kyiv, at least one person was killed and three injured when a residential building was hit by a downed Russian missile, emergency services said on Thursday.

As Putin’s soldiers continue to unleash their devastating attacks, 53 people were killed Wednesday in the northern city of Chernihiv amid heavy shelling. “We are suffering great losses: 53 citizens were killed yesterday,” Governor Viacheslav Chaus said.

At least 10 people were killed after Russian troops opened fire on Ukrainian civilians queuing to buy bread around 10 a.m. m. from yesterday. And Ukraine’s emergency services said rescue teams discovered the bodies of five people, including three children, in the rubble during searches of residential buildings destroyed by shelling.

Some 20,000 Ukrainians have fled Mariupol as relentless shelling continues and more than 2,300 citizens are estimated to have been killed in the area.

The city’s deputy mayor, Serhiy Orlov, said between 1,000 and 1,200 people were inside the theater on Wednesday when it was attacked by the Russians.

Despite repeated attacks on Ukrainian cities, Western countries claim that Russian forces are no longer advancing on the ground.

British military intelligence said in an update on Thursday that the invasion had “largely stopped on all fronts” and that Russian forces were suffering heavy losses from a “steadfast and well-coordinated” Ukrainian resistance. (Bloodiest day in Ukraine)