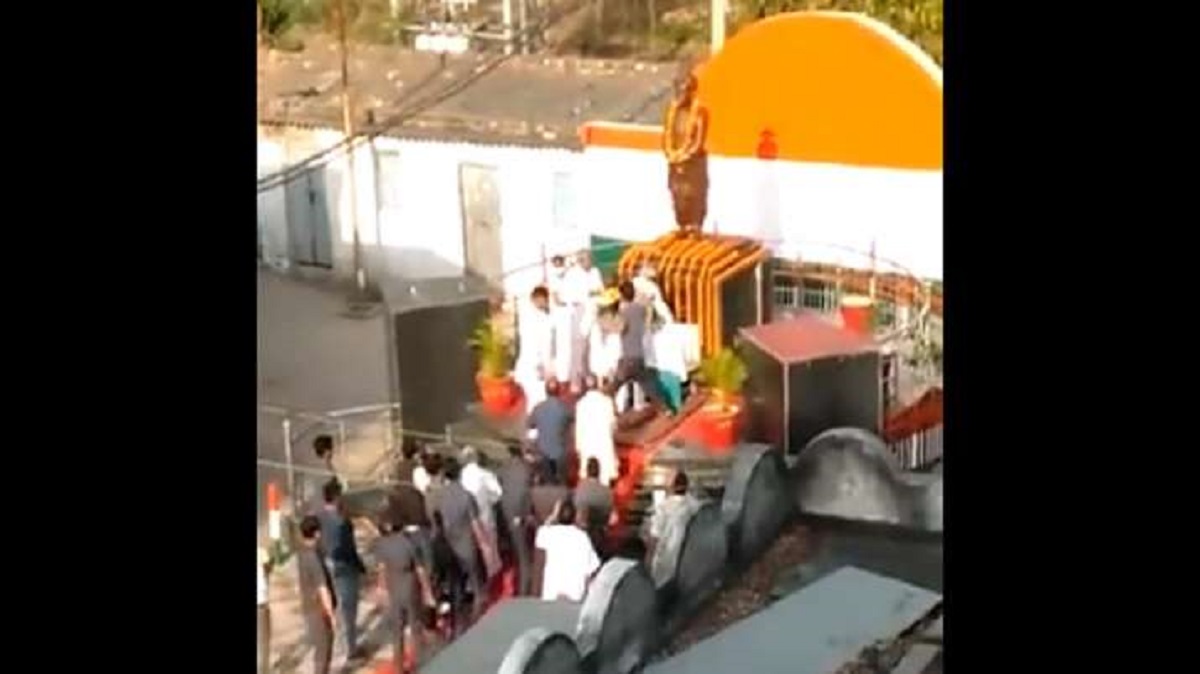 According to a video, an unknown man attempts to attack Bihar CM while he was paying floral tributes to a statue of a freedom warrior in the Bakhtiyarpur block of Bihar’s Patna district.

In the video, the stranger is seen pushing past security guards and climbing onto the stage to attack him.

The young man is currently in jail. He attacked Nitish Kumar while she was hanging a garland from an idol on the stage.

The same can be seen in a viral video that has gone viral on social media. Following the incident, security personnel detained the man and handed him over to local police.

According to reports, he is being questioned at a police station in the area.

However, he was immediately stopped before he could harm CM. He was handed over to the local police and is currently being questioned at a police station.

BJP spokesman Arvind Kumar Singh condemned the attack on Nitish Kumar and called for tough measures against the perpetrators. He also stated that all officers and security people who were in charge of protecting the prime minister should be investigated.