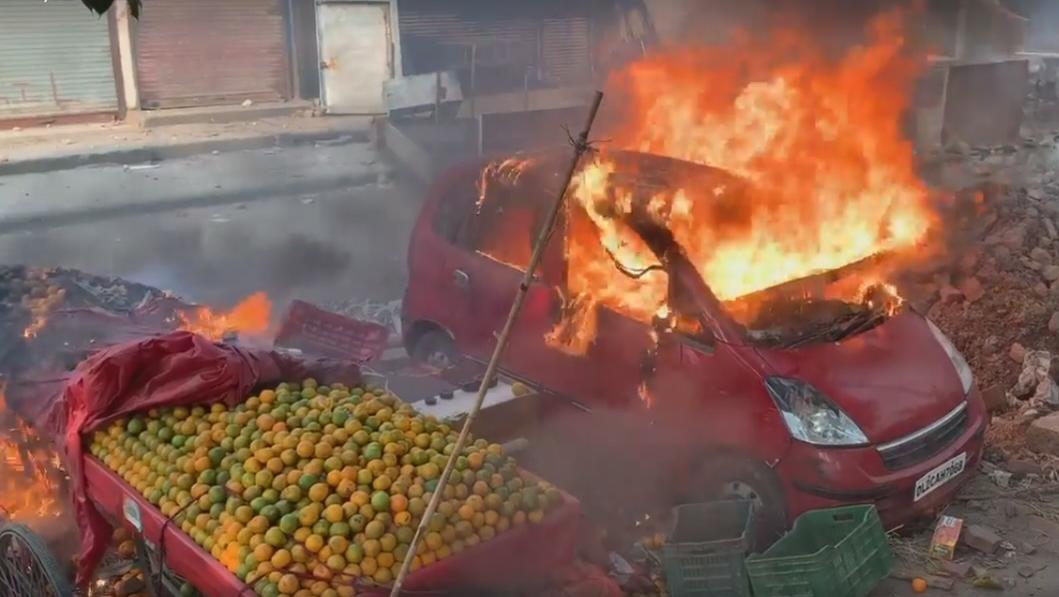 Ground Report | New Delhi: Anti-CAA protests; A report in which it was told how protests against citizenship law in Uttar Pradesh are paying the price for those facing financial constraints or who can hardly work as daily wage earners.

The Indian Express in its reports said that “a rickshaw puller, a ton driver, a fruit seller, a chicken coop owner, a milkman, a young man working in his father’s clothing shop and a teenager who gave up the school – Eight-day labourers earning barely Rs 200-250 a day, each of them donated Rs 13,476 to the government.”

According to government data, Rs 2.83 lakh was recovered from 21 such individuals, residents of Bekenganj in Kanpur, for causing property damage during anti-CAA protests. According to the administration, the recovery that has been made includes damage to a Tata Sumo vehicle worth Rs 2.5 lakh and cameras worth Rs 33,000, three windows and two doors.

The newspaper followed 15 out of 21 families to understand the background of these people and found that none of them knew how much the loss of 2.83 lakh was and how their share of Rs 13,476 was fixed. . This means that such people do not even know what kind of money for damages the administration collects from them.

One family said they paid this amount with money they saved by adding hard-earned money. At the same time, two other families said they didn’t even know who was refilling this money on their behalf. Twelve other families said they had paid this money by taking out a loan from a neighbour, friend or relative. All of these 15 people also went to jail and are now out on bail but they do not want their identities revealed.

Lawyers for 7 out of 15 people said they didn’t even challenge the opinion. A lawyer said on condition of anonymity: “Many of these people were in jail when the notice was sent to them. Some people had already paid this amount and then came to see us. There are also my clients, they are all financially poor.”

When a day laborer by profession was asked by the newspaper why he had not contested this opinion? So he said, “We didn’t want to challenge the government, the police and the administration.

“According to the report filed by the Chief Superintendent of Police (SSP), it is clear that on December 21, 2019, you engaged in vandalism and damaged public property. For this, you have been charged along with nine named persons and 1,200 unidentified persons,” reads the notice given to one of the defendants on January 24, 2020.

“During the inquest it was found that your crime was committed under the Prevention of Damage to Public Property Act 1984…Therefore you are required to attend my court on 28th January 2020 and give me in writing why not take action against you and have you paid for damages to public property,” the notice reads.

The attorney for one of the defendants who is also a daily bettor said he responded to the notice on January 24, 2020, refuting the evidence presented by the administration. “The photograph presented by the administration and the police as that of my client was not his. It wasn’t a clear photograph and it certainly wasn’t of my client. Despite my declarations, an order has been issued that my client will have to pay the damages,” the lawyer said.