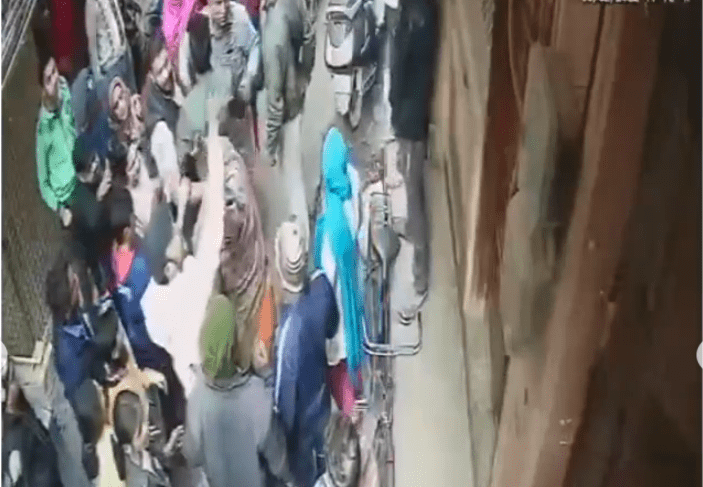 Animal Rescuers, Versha Jain and Aishwarya, from East Delhi were harassed by their neighbours after they tried stopping them from beating some street dogs. They shared their grief through Instagram. Versha Jain said that her neighbours were brutally beating the dogs with sticks. She couldn’t see this as she loves animals and has been involved in animal rescue work for a long time.

Versha also complained to the police about the matter, to no avail. Rather, the neighbours tried to mentally harass her and even manhandled her family members. The entire incident has been captured on the CCTV camera. Varsha says she has only disdain from society since she has started taking care of the animals in the vicinity, and now she is losing hope.

Animal Rescuers, and the society’s lack of compassion

Animal lovers are often harassed in society. People say that due to their love and care, other people have to face problems. Pratima Devi, popularly known as Amma, who lives in PVR Anupam Complex, had to face similar problems. Amma’s home, is raising her 400 stray dogs, was burnt to the ground several times. People said that by feeding or taking care of stray animals, their numbers increase in that area, which threatens the safety of the residents. Hence, several times neighbours complained about Amma. In November 2017, the makeshift shelter was razed by the municipal corporation, but Devi salvaged things from the rubble and restarted operations with the help of animal lovers.

Versha’s case is similar. In these cases, the system also refuses to help. In India, there is a provision of strict laws on animal cruelty. But it has been seen that in these cases the system works very poorly.

Mahatma Gandhi said, “The greatness of a nation and its moral progress can be judged by the way its animals are treated”.