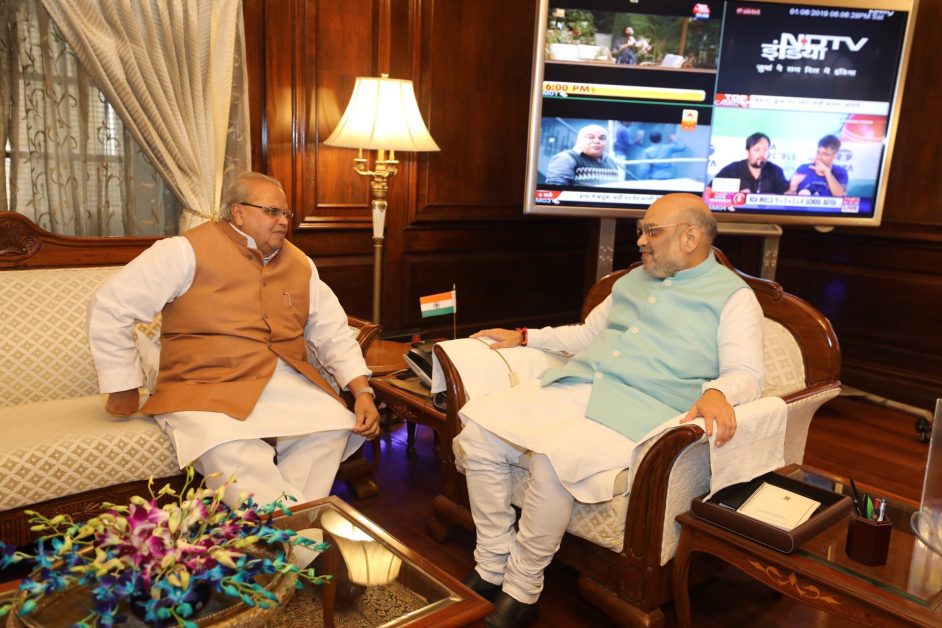 Ten casualties of security forces suffered in last five days. Two militant, including the man who owned the explosive-laden car used in the suicide bombing of a CRPF convoy in Pulwama in February, were also shot dead in the encounter.

In the past week, 10 security personnel were killed and 23 others injured in various militant attacks. After Pakistan shared intelligence inputs with India of a probable IED blast near Pulwama region of South Kashmir, a similar explosion was reported from the Arihal village of Pulwama in which two soldiers were killed.

The object of the attack was an armoured vehicle belonging to RR Rashtriya Rifles of the Indian Army. The police and the Army later collected the wreckage of the car that was used in the IED blast. Pakistan High Commision had earlier shared inputs with the Indian and US counterparts of similar type of attack in South Kashmir.

On Tuesday morning, the security forces launched a search operation based on intelligence inputs that some militants could be hiding in the area. The operation soon turned into an encounter after the militants opened fired at the forces.

The death of the Army soldier today is the tenth casualty the security forces suffered in five days. Five Central Reserve Police Force (CRPF) personnel and a policeman were killed in Anantnag last week, two soldiers were killed in an attack on a convoy in Pulwama on Monday and Army Major Ketan Sharma died fighting militants in Anantnag the same day.

The attack on the CRPF men last week happened amid the state administration preparing for the annual Amarnath Yatra that would begin next month. The 46-day pilgrimage is scheduled to start from two routes, one of which passes from Anantnag.

Today’s encounter comes a day after an Army vehicle was targeted with an improvised explosive device in Pulwama, where a convoy of the Central Reserve Police Force (CRPF) was attacked by a suicide bomber of the Jaish-e-Mohammed in February.

The armoured vehicle of the 44 Rashtriya Rifles was completely damaged in the improvised explosive device (IED) blast near Arihal village in Pulwama; 18 soldiers were injured in the attack.

Union Home Minister Amit Shah will visit the Kashmir valley on June 30 and pay his obeisance at the Amarnath cave. However, the rising militant attacks on the security forces, cross border shelling and the casualties suffered by the CRPF and the Indian Army will be expectedly on the top of his agenda during the first ever Kashmir visit after taking over as the Home Minister of India.

The State BJP unit has confirmed that Shah will also review the security arrangements in the valley especially on the eve of the holy Amarnath pilgrmage which would be a two-month long affair.