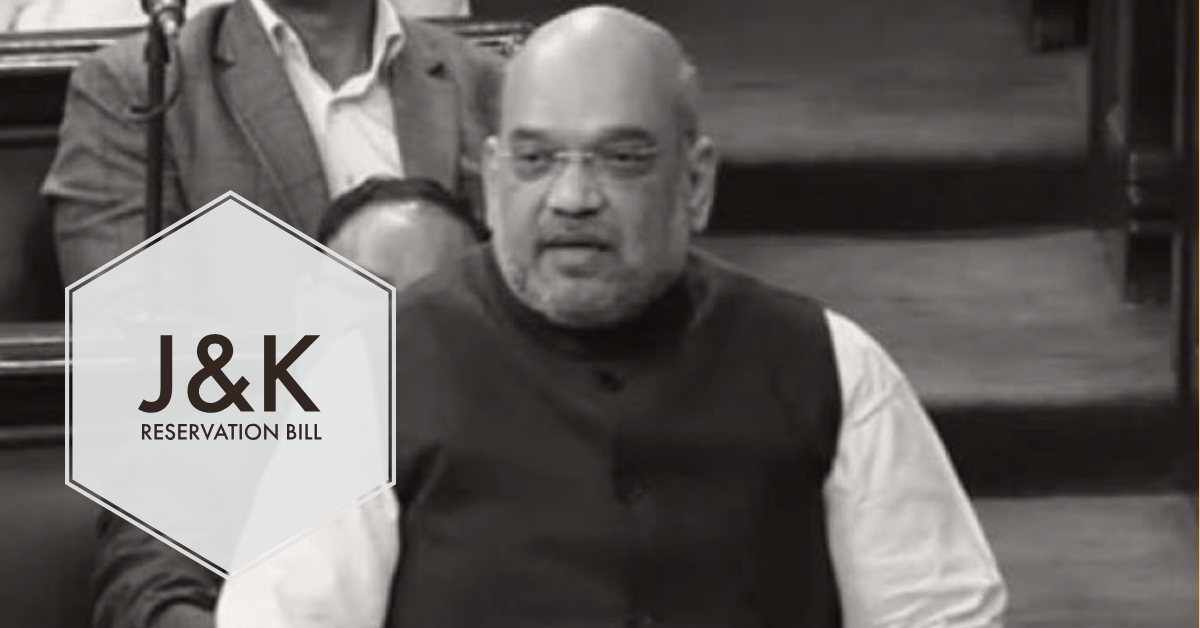 Union Home Minister Amit Shah will table the Jammu and Kashmir Reservation Amendment Bill in the Lok Sabha today. This will be the first legislative business of the BJP chief after his election to the Lower House.

After introducing the bill, Shah will also deliver his maiden speech in the Lower House.

The Union Cabinet had in February 2019 approved ‘The Jammu and Kashmir Reservation (Amendment) Ordinance 2019’ and it was cleared by President Ram Nath Kovind.

The bill provides for amendments in the Jammu and Kashmir Reservation Act, 2004 to give reservation in educational institutions and government jobs to those living within 10 km of the International Border in Jammu on a par with people living along the Line of Control in Kashmir.

The bill was earlier introduced as an ordinance, which was approved by the Union Cabinet on February 28. It was also cleared by President Ram Nath Kovind.

Amit Shah had vowed to scrap Article 370 of the constitution that allows Jammu and Kashmir its own constitution, flag and the right to handle its own laws except on matters that impact national security during the campaign in the run-up to the recently concluded election.

The Bharatiya Janata Party’s manifesto had also mentioned the scrapping of Article 35A, which defines permanent residents of the state and excludes outsiders from owning property and getting benefits including government jobs.

The J&K Reservation Amendment Bill aims to give reservation benefits for education, jobs and promotion to the scheduled castes and tribes, and to the economically weaker sections in Jammu and Kashmir. It will benefit more than 36 lakh residents, according to the officials.

What does bill say?

A bill is a proposal to make a new law and can be considered as initial stage of an act. A bill is usually in the form of a document that summaries what is the policy behind the proposed law and what will be proposed law be.

A Bill is presented in the lower house of the parliament and after discussions, upon being passed, goes to the Upper house for approval. After the approval by the Upper house, the bill is sent to the President for his assent, after which, it becomes a law.

The bill allows for amendments to be made in the Jammu and Kashmir Reservation Act, 2004, in order to bring the people living in areas along the border under the ambit of reservation, equivalent to the reservation provided to the people residing in areas near the Actual Line of Control.

The purpose of the bill is to replace the ordinance in a bid to provide 10 per cent reservation for the economically weaker sections in Jammu and Kashmir.

If the bill is passed in Parliament, the youth of Jammu and Kashmir who are from economically weaker sections of the society – irrespective of their caste or religion – would be given quota in state government jobs.

In January 2019, the 10 per cent reservation for members of economically weaker sections of the society was introduced in the rest of the states of the country through 103rd Constitutional Amendment.