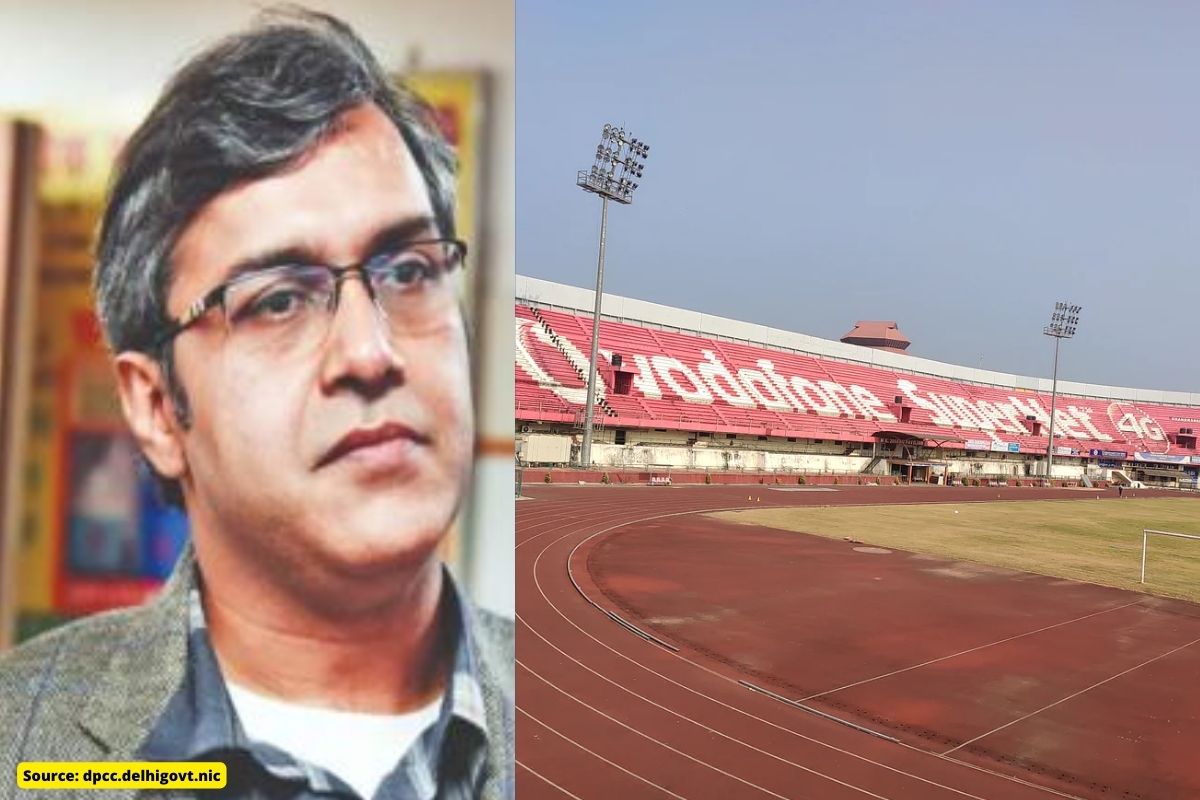 Players and coaches who train at the Delhi government’s Thyagaraj Stadium have been continuously complaining for the past few months that they are not allowed to train at the stadium, The Indian Express reported.

These players and the coach allege that they are forced to finish training at seven o’clock in the evening. Given the reason behind this, he said Delhi Principal (Revenue) Secretary Sanjeev Khirwar was coming for a walk with his dog.

The coach who came to train here told the English newspaper Indian Express: “Usually we used to train until 8:30 p.m. in the evening, but now we have been asked to leave the pitch at 7:00 p.m. that the IAS officers, we can walk with our dog. . It has affected our training and our practice.”

On this, when IAS Khirwar said that these allegations are completely baseless. Although he admitted that he occasionally walks his dog, he claimed that it would hardly affect anyone’s practice.

Stadium administrator Ajit Chaudhary told the Indian Express that the official evening time is 4-6 p.m. but “given the heat” they allow athletes to train until 7 p.m. . Chaudhary, however, did not share any official order specifying when. He said he was not aware of any government officials using the facilities after 7 p.m.

“The sense of entitlement of a class that clears ONE exam and thinks it gives them the right to lord over the whole country. Shameful,” journalist Nistula Hebbar tweeted.

Who is IAS Sanjeev Khirwar?

Born on November 29, 1971, Sanjeev Khirwar is an IAS officer from the class of 1994 in the AGMUT cadre. He previously held senior positions as Secretary for Health and Family Welfare, Revenue, Finance and General Administration.

The senior IAS officer has a BTech in Computer Science and a Masters in Economics, the Home Office website says. Upon completion of his training at the Lal Bahadur Shastri National Academy of Administration in Mussoorie, Khirwar was appointed SDM Chandigarh at the start of his tenure.

During the last two decades of his tenure in public service, Khirwar held prominent positions as Goa Excise and Finance Commissioner and Deputy Commissioner West Delhi.

He was also an additional secretary on the Agri Marketing Board. Khirwar was appointed Commissioner of Excise and Taxation Department of Delhi Government 2006-07.