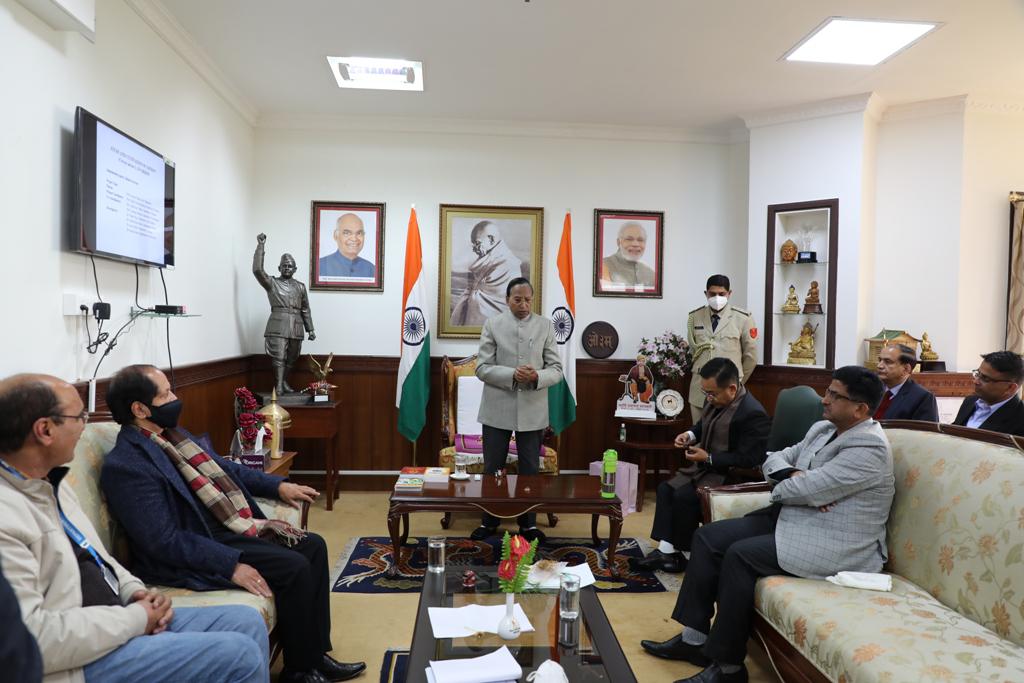 Ground Report | New Delhi: A meeting was convened by Governor Ganga Prasad today in the gracious presence of Chief Minister Prem Singh Tamang at Raj Bhawan Gangtok.  The meeting was held to discuss in detail the prospects of Saffron Cultivation in the State of Sikkim.

Chief Minister Prem Singh Tamang in his address, under the leadership of Director Agriculture Government of Jammu & Kashmir Dr. Iqbal, how to increase the saffron cultivation a team will be sent for research.

Dr. Iqbal, while giving a presentation on the cultivation of saffron, described the climate of Sikkim as suitable for saffron cultivation, Sikkim in the future, and In coordination with Kashmir, expressed the possibility of producing not only saffron but also other organic crops. (Sikkim for cultivating Saffron)

During the meeting, Governor Ganga Prasad said that the land and environment of Sikkim in the entire North East is suitable for saffron cultivation if more attention is paid in the field of agriculture, the means of employment will be available to the youth. If the income of the country is doubled, then our society, country will be able to emerge as an advanced nation.

ALSO READ:Terrorist attacks reduced after Modi Govt. came in power, Is it true?

Saffron cultivation has long been restricted to a limited geographical area in J&K, mainly Pampore, followed by the districts of Budgam, Srinagar, and Kishtwar. (Sikkim for cultivating Saffron)

It should be noted that the saffron has been kept underground for about 45 days and the temperature should be below zero. The crop also needs sufficient rains if it is sown in August. For the plantations in Sikkim, saffron seeds/bulbs were purchased and shipped to Yangyang from Kashmir by air.