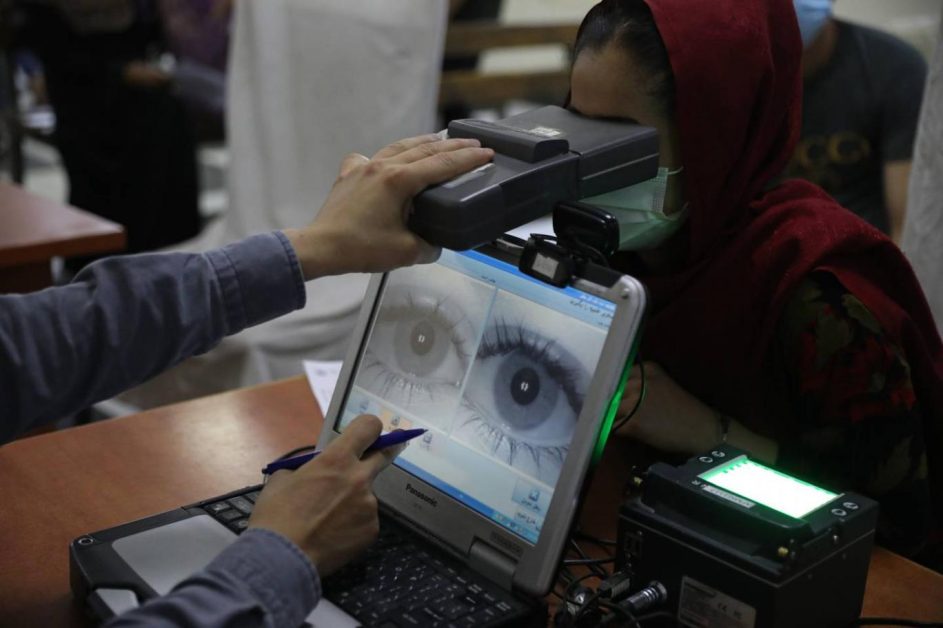 Ground Report | New Delhi: Agencies in Pakistan; Over two decades, the United States and its allies have spent hundreds of millions of dollars building databases for the Afghan people. The well-stated goal is to “promote law and order and government accountability and modernize the war-torn land.”

The data was compiled under very limited security measures, which could lead to a new device in the hands of the state. As the Taliban grows stronger, there are fears that this data could be used for social control and to punish known enemies.

ALSO READ: Afghan developments: India in contact with US and Russia

Such statistics were to be used constructively, including the promotion of education, women’s empowerment, the fight against corruption, etc., and all this could happen after democratic stability. What will happen after the loss of this data? It was not designed with this in mind.

According to Frank Pasquale, a Brooklyn law school scholar, “This is a terrible irony. The path to hell has been paved with good intentions.” Since the capture of Kabul on August 15, there have been indications that government data could be used in Taliban efforts to identify and initiate Afghans working with US forces.

“People are getting offensive and threatening phone calls, WhatsApp messages,” said Nisha Suarez, director of the Massachusetts Circle Services, a veteran of the Iraq war. His organization is trying to help Afghans stranded in Afghanistan who were working for the United States.

A 27-year-old U.S. contractor in Kabul told the Associated Press that he and his co-workers, who created a U.S.-funded database to manage army and police salaries, had been called from the Department of Defense. ۔ They are in hiding and changing their location every day. He asked not to be identified for his safety. (Agencies in Pakistan)

Taliban leaders say they are not interested in revenge. Restoring international aid and freezing foreign assets is his priority. Ali Karimi, a University of Pennsylvania scholar, is among Afghans who are unwilling to trust the Taliban. He fears that the database will be leaked to hardliners who are known to brutally kill enemy comrades during the insurgency.

“The world is watching the Taliban for how they use data,” said Nader Naderi, a peace negotiator during the previous government. It is the responsibility of all Afghans and their international partners to ensure that sensitive government data is used only for ‘developmental purposes’ and not by the police or to gain social control.’

The Afghan government has data on more than 700,000 members of the security forces from 40 years ago, a senior Afghan government security official said. Its more than 40 data fields include face scans, including birth dates, phone numbers, father’s and grandfather’s names, fingerprints, and iris scans.

Only authorized users can access the system, the former official said on condition of anonymity for fear of protecting relatives in Kabul. So even if the Taliban can’t get this data, they can try to hack it. Pakistan’s ISI, the Taliban’s alleged sponsor, could provide technical assistance. Chinese, Russian and Iranian intelligence can also provide such services.

“Before the US evacuation, the entire database was erased with military-grade data wiping software,” said William Graves, chief engineer of the Pentagon’s Biometrics Project Management Office. Similarly, Afghanistan’s intelligence agency has wiped out 20 years of data collected from telecommunications and the Internet since 2001.

The former security official said: “The main database that remains is the extensive details of foreign contractors, and the Ministry of Economy’s database, which compiled the funding sources of all international development and aid agencies. Are Then there are statistics. There are also iris scans and fingerprints of about 9 million Afghans. In recent years, biometric scans have been required to obtain a passport or driver’s license and to take the civil service or university entrance exam.