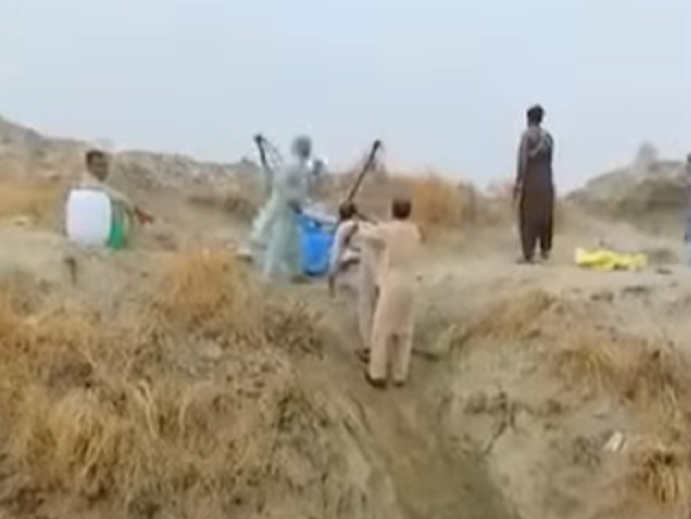 Ground Report | New Delhi: Afghan drug traffickers; Afghanistan is the world’s largest producer of opium and the illicit drug trade has financed the Taliban. Millions of Afghans have become addicted to drugs over the past few decades. The Taliban now claim they want to crack down on drug use. When they were in power from 1996 to 2001, the fundamentalists banned poppy cultivation. But in 2001, US-led military intervention resumed opium production. Today, that permit remains and even intensifies in a country on the brink of economic collapse

Smugglers have a history of using creative methods including slingshots and catapults to bypass tight border security. To the uninitiated, this method of smuggling may seem innovative. But experts say Afghan drug traffickers have been using this technique for years.

In the southwestern province of Nimroz, one of the country’s main drug-trafficking arteries, smugglers use a variety of methods to get past Iran’s border security, consisting of concrete barriers, barbed-wire fences, deep ditches and formidable border patrols that shoot trespassers on sight.

Ladders, makeshift slingshots and rudimentary catapults made from inner tubes and metal fittings are common in the border town of Zaranj. Smugglers use them to supply drugs to associates on the opposite side of the border, often from the same family or tribe.

Smugglers take advantage of wind storms known as the “120-day wind” in the late spring and summer months to evade border enforcement.

The phenomenon is not unique to Afghanistan. In 2017, US border agents discovered a medieval-style catapult mounted on a border wall with Mexico that was being used to drop drugs into the US.