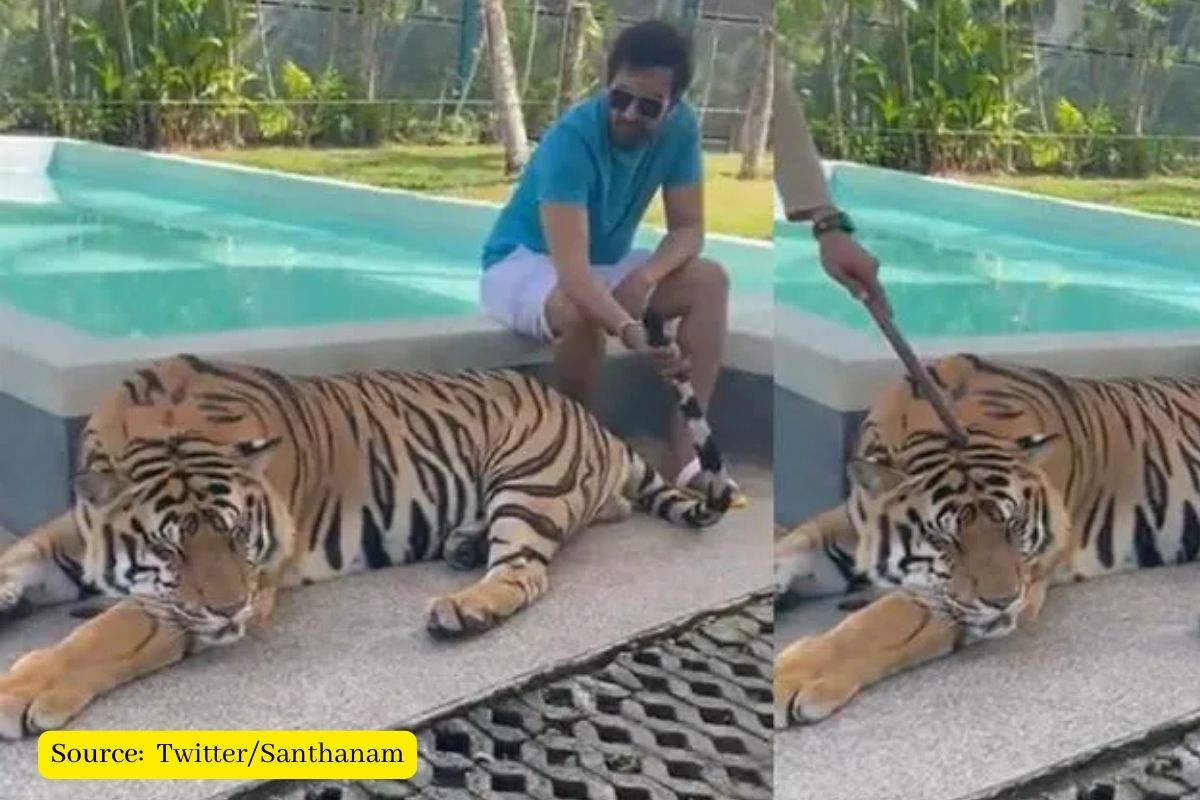 The Santhanam Tamil actor recently shared a video with a tiger during his trip, most likely outside of India, which faced a lot of backlash on social media. Netizens took to the comments section to lash out at him for promoting animal cruelty through this video. In the viral video, he can be seen holding the tail of a tiger, and he looks visibly tired.

In the viral video, the actor can be seen touching the tiger’s tail while another person pushes and teases the tiger with a ‘stick’. The tiger seemed visibly tired. Many people asked Santhanam to realize his mistake and delete the video that he has taken the internet by storm.

But Santhanam’s video backfired on the actor as netizens blamed him for supporting animal abuse. In the video, a man is seen hitting the tiger on the head with a stick which drew attention as the actor did not take any action against the man when he was hitting the poor animal.

The video has drawn a lot of attention on social media with people claiming that the actor is allegedly “promoting animal cruelty.” While many criticized Santhanam for his ‘irresponsibility’, others called him ‘sick’ and ‘shameless’ for not deleting the post despite being criticized for it.

Taking to the comment section of the video shared on Santhanam’s official Twitter handle, one user slammed him saying, “What kind of irresponsible behaviour is this? Do you realise you are encouraging animal abuse? In which world is it okay to keep a wild animal like this and stun it to wake up?

Another user wrote “This man is so shameless, even after getting criticised a lot for this post. He still didn’t deleted this post. Sick.” “Not cool sir.. you have a moral responsibility to be aware of these issues,” another schooled the actor.”

The best to delete this tweet was immediately after posting it, educating yourself about how you shouldn’t pose with drugged animals, and show your bravery by trying this with a non-sedated tiger/wolf/hyena or even monkey. The second best time to delete this tweet is now.

More like tigerhate, sorry to say. Please take some time to understand what ‘responsible tourism‘ means so that you can enjoy your travels in a more responsible and sustainable manner.