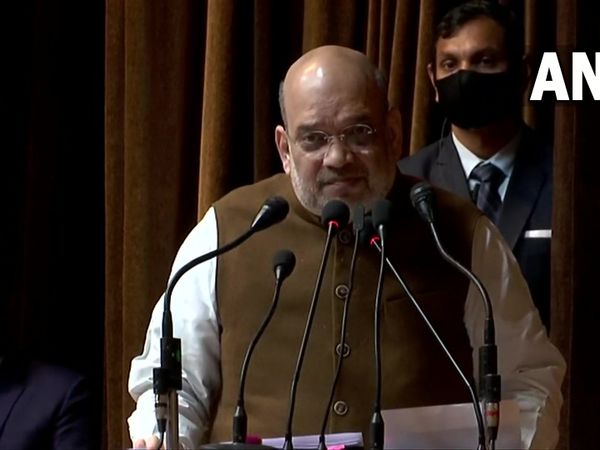 Recently in Jammu and Kashmir, due to the killing of some civilians including Kashmiri Pandits, outsiders by terrorists, questions were being raised on law and order.

ASLO READ: Areas of minority community will be under drone surveillance: DIG CRPF

He further said that after the historic decision of the Center in 2019, terrorism has reduced and stone pelting has become invisible. “I want to assure you that strict action will be taken against those who want to ruin the peace of Jammu and Kashmir, no one can hinder development here. This is our commitment,” he said.

“It is a very happy moment for me because, after the security review meeting, I am doing an event with the youth of the youth club,” he said.

Stating that Kashmir has seen a new beginning, the Home Minister said: “From fear, terrorism, corruption and family-based politics to peace, development, and prosperity. The youth of Jammu and Kashmir has further strengthened this change.

Jammu and Kashmir were earlier bifurcated into two union territories of Jammu and Kashmir and Ladakh on August 5, 2019. Article 370 and 35(A) were repealed, which gave special status to the erstwhile state and empowered it to define its domicile rules.