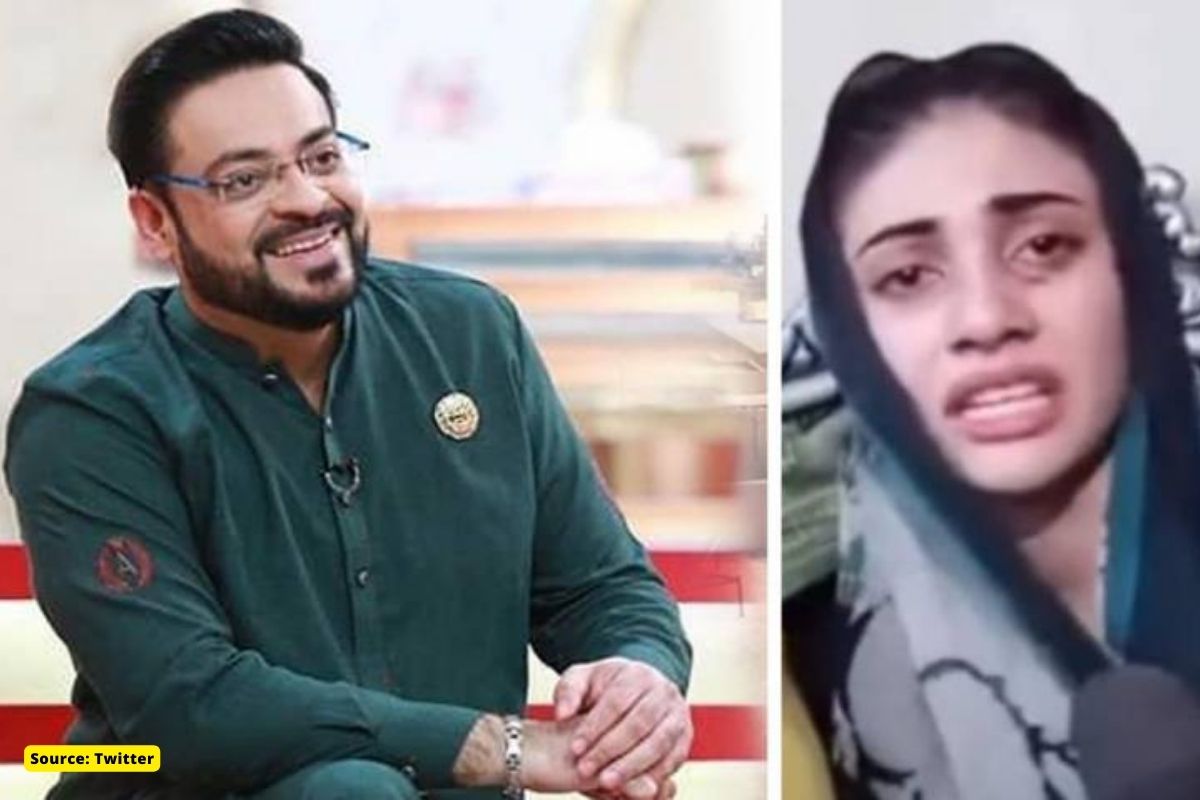 In February this year, Pakistani politician and TV presenter Dr. Aamir Liaquat married Dania Shah for the third time, but the marriage was in jeopardy three months later when Dania said she had approached the court to have the marriage annulled.

In an exclusive interview with Dunya News, Shah said: “He (Liaquat) was very cruel. He would lock me in my room for four days straight. He wouldn’t give me food on time and kept me awake all night. I’m not even old enough. He would humiliate me. He would bring all matters to me, whether it was the maids or even the media, anything he didn’t like, he would misbehave with me. He used to push me and even threatened to shoot me. He even tried to strangle me.”

Shah told the media outlet that Liaquat abused her and at the time she felt like she was being punished. He likened the experience to being in “hell” and said that if anyone in his family was injured, Liaquat would be held responsible.

Liaquat took to Instagram and shared a video of Shah that he says is two days old, in which she denied the divorce news and asked people to leave them alone if they couldn’t wish them well. Liaquat said that if they had not contracted a nikah, he would have revealed the “truth” to the entire nation, which he said would shock everyone. He asked journalists and media outlets to investigate Shah’s appearance to judge whether he may have harmed her in these three months.

Dania said in a video statement on her Instagram account that she had approached the court to annul the marriage due to “torture.”

Dania accused the Dunya News TV channel that “Dr. Aamir Liaquat was cruel and kept his room closed for two or four days and did not give food on time.”

“If the employees or the media got offended, they would come and argue with me, push me around and even threaten to shoot me once,” she said. “I thought that she was being punished for some sin and that she was in hell,” she said.

On the other hand, Dr. Aamir Liaquat, sharing a WhatsApp screenshot, claimed that Dania had been calling him in Bahawalpur before going to court for a marriage annulment.

Aamir Liaquat shared a video of Dania on Instagram on Saturday in which he says that she did not separate from Aamir Liaquat claims that this video is two days old.

Dania Shah’s claim for annulment of marriage includes Rs. 1 lakh as non-maintenance, one mansion in Haq Mehr, Rs. 11 crore, and one Toyota Corolla GLI worth Rs. The total value of all these has been recorded as Rs. 115.15 million.