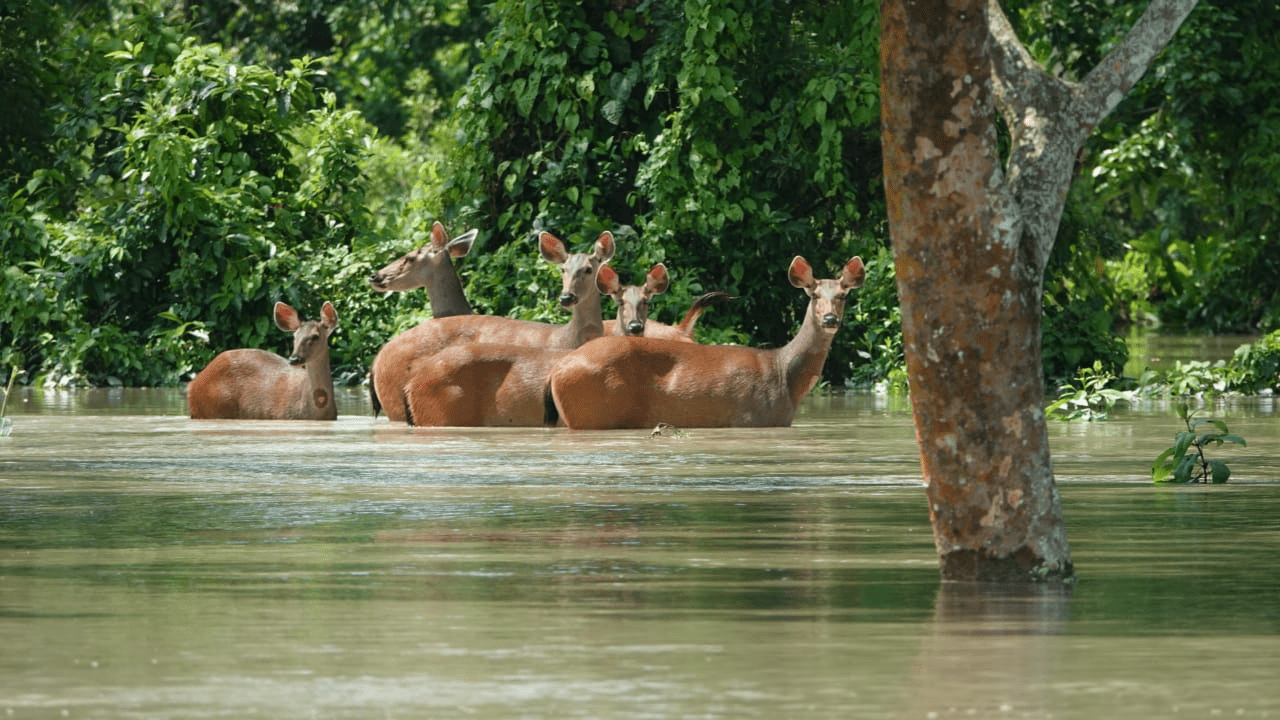 The Assam floods of 2020 have not only affected humans badly, but have also taken a severe toll on the wild animals. Assam’s Kaziranga National Park and Tiger Reserve is 85 percent submerged in flood, for second year in a row. It has become a serious problem for the authorities of the national park.

As of now, more than 100 animals have died due to flood related reasons. Some due to drowning and others hit by vehicles while trying to escape the flood. The death toll includes nine India one-horned rhinos, a rare and endangered species. The Kaziranga National Park is a natural habitat for two-third population of the species in the world.

Kaziranga National Park houses 2,200 Indian one-horned rhinos and 121 tigers. It breeds elephant, wild water buffalo, and swamp deer as well. Apart from rhinos, 80 hog deers have also died due to flood. Every year during flood, the animals move to the higher land of the national park across the national highway 37. Many times, they get hit by vehicles while crossing the highway.

On Sunday, a video of a rhino resting on national highway 37 went viral as he came out of the park. He could not move as he was exhausted by being in water for nearly four hours. The park authorities tweeted the video saying that they will guard the rhino until he goes back into the park himself. They managed the traffic as long as he was lying there and gave him food. The rhino was later reported to have returned to park himself.

However, the concern of authorities is not reduced. The floods in Assam have killed nearly 75 people, displacing thousands in 24 out of 33 districts of the state. Nearly 40 lakh people have been affected due to the flood. The crops have been destroyed. It has become a three directional crisis for the people of Assam as it has come with the already spreading Covid-19 infection and the Baghjan oil well fire.

The government has set up 711 rescue camps for the affected people. Assam Chief Minister Sarbanada Sonowal said that complete precautions are being taken to maintain hygiene at relief camps to avoid the spread of coronavirus. Prime Minister Narendra Modi also called Sonowal to check on the relief work in the state and assure him of support.