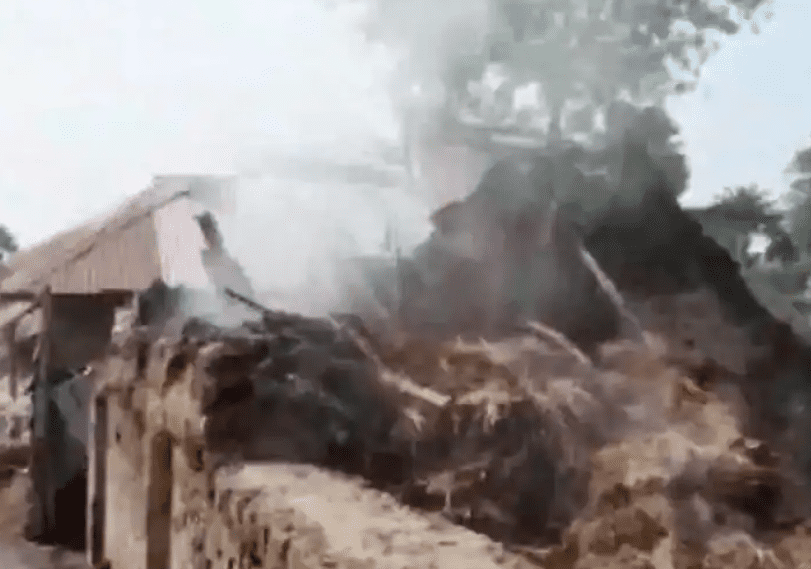 Ground Report | New Delhi: Birbhum West Bengal; So far 11 people have been arrested in connection with the death of 8 people in the arson that took place in the Rampurhat area of ​​Birbhum district of West Bengal on Monday night. State Director General of Police Manoj Malviya has told that a Special Investigation Committee (SIT) has been constituted to investigate the incident.

Manoj Malviya told that there were 6 women and two children among the people who died. However, in the earlier report, it was said that 10 people died.  Local Trinamool leader and deputy head of Boktui village Bhadu Sheikh was sitting at a tea stall on Monday evening when some people attacked him with a bomb, police said. He was taken to the hospital where he was declared brought dead.

When the news of Bhadu Sheikh’s death reached the village, his supporters torched several houses in Boktui village. Police have confirmed the death of 10 people. Three bodies were taken out in the night itself, seven more bodies have been taken out in the morning.

Trinamool leader Kunal Ghosh has tweeted that whether this incident is an accident or a reaction to the previous murder or conspiracy, it should be investigated. But this incident has nothing to do with politics. This is the result of a local dispute.

Talking about the incident, West Bengal DGP Manoj Malviya said, “An hour after the news of the murder of TMC leader Bahadur Sheikh last night, 7-8 nearby houses were set on fire. 11 people were arrested in this regard. The concerned SDPO and Rampurhat Incharge have been removed from their post.”

“This morning 7 bodies were recovered from a house. Initially, 10 deaths were reported but the numbers were not correct, in total 8 people have died. A Special Investigation Team (SIT) has been constituted,” he added. (Birbhum West Bengal)

While the incident was alleged to be the result of rivalry between two ruling party factions, TMC General Secretary Kunal Ghosh tweeted that the incident has nothing to do with politics.

“The death of locals in a fire is sad. But this incident has no political connection. This is a local village dispute. The deputy head of the panchayat who was killed was a well-known person and his death angered the villagers, sparking a violent protest. The fire incident occurred at night but police and firefighters took immediate action,” Kunal Ghosh said in a Bengali-language tweet.