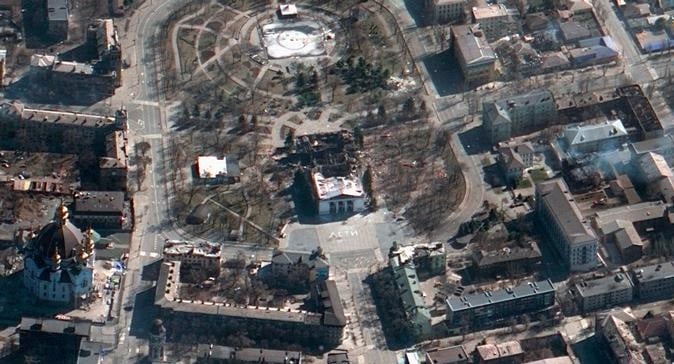 According to unconfirmed reports from Moscow, the Russian military has targeted a training center near the central Ukrainian city of Shetomier. The attack claimed the lives of at least 100 Ukrainian soldiers and foreign fighters.

In addition, Russia has once again hit various locations in Ukraine with hypersonic missiles. Earlier, Russian Defense Ministry spokesman Igor Konashenkov said a Russian military base had been attacked by Russian hypersonic missiles in the Black Sea port city of Mykolaiv region.

According to Moscow, the military installation was crucial to the supply of fuel to Ukrainian tanks. At the same time, military tanks have been bombed. However, it was not immediately clear what weapons were used in the attack.

Five civilians have been reported killed in recent Russian military strikes in Ukraine’s second-largest city, Kharkiv. According to Ukrainian officials, the attack took place on Sunday morning, killing a nine-year-old boy along with other victims. Russian forces have seized Kharkiv and heavy shelling continues.

According to Ukrainian President Volodymyr Zelensky, the bodies of 14,000 Russian soldiers killed in the current war are in Ukraine, but no one is taking them back. He appealed to the Russian people in a video message on Sunday, March 20, asking why they were not feeling the loss of their loved ones.

President Zelensky also stressed that the front lines of the fierce fighting are littered with the bodies of Russian soldiers.

How many Russian and Ukrainian soldiers have been killed so far in the Ukraine war? This has not been independently verified. However, the Ukrainian military said a week ago that 1,300 of its troops had been killed. Moscow has confirmed the deaths of 500 of its soldiers.

The British Defense Intelligence Agency says the Russian military has made limited progress in the past week. According to the latest intelligence reports, Russia is likely to “use more force to continue its attacks on civilian areas”, which could lead to more civilian casualties.

In a similar study, the US-based Institute for the Study of War said that resistance to Russian attacks in Ukraine persisted.

Chinese Foreign Minister Wang Yi said in a statement yesterday that the time to come will show that China is on the right side of history regarding the Ukraine war. According to a statement issued by the Chinese Foreign Ministry, Wang said that China will not accept any kind of external coercion or pressure and will oppose baseless allegations and suspicions against it.