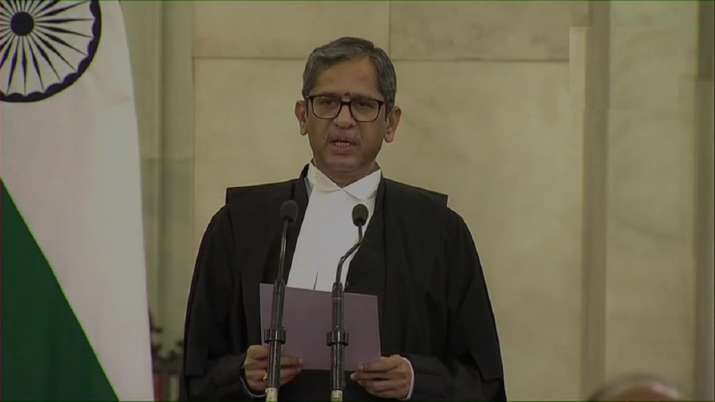 Ground Report | New Delhi: 10 Highest posts in India; As you all know that topics related to officeholders are asked in various government exams in India. Having knowledge about Indian Polity is an important part of learning and preparing for the exam procedures.

In this article, we have published a list of heads of various constitutional and non-constitutional bodies of India. These facts are very important for various competitive exams to be held in India.

Ram Nath Kovind: He was born on 1 October 1945 in Paraunkh village of Kanpur Dehat district. He was also the President of BJP Dalit Morcha from 1998 to 2002, President of All India Koli Samaj, and representative of Scheduled Castes and Scheduled Tribes at IIM-Calcutta.

Manoj Mukund Naravane: Naravane was born into a Marathi Brahmin family. He did his studies in Pune at the Jnana Prabodhini Prashala. He has a master’s degree in defense studies from the University of Madras, Chennai. He also did his masters in Defense and Management from Ahilya Vishwavidhyalaya, Indore.

Sushil Chandra: Sushil Chandra (born May 15, 1957) is an Indian Revenue Service Officer from 1980. He is the current twenty-fourth Chief Elections Commissioner of India. He previously served as president of the Central Board of Direct Taxes.

Satish Namdeo Ghormade: Vice Admiral Satish Namdeo Ghormade AVSM, NM is a flag officer in the Indian Navy. He currently serves as the 36th Deputy Chief of the Naval General Staff. Previously, he served as Deputy Chief of the Integrated Defense General Staff (Operations and Training), Personnel Services Controller at Naval Headquarters and as Chief of Staff of the Eastern Naval Command.

Krishnaswamy Natarajan: Director General Krishnaswamy Natarajan, Param Vishisht Seva Medal, President’s Tatrakshak Medal, Tatrakshak Medal, joined the Indian Coast Guard on January 18, 1984. He was born on December 30, 1961 and did his education in Chennai. The officer has a master’s degree in defense and strategic studies from the University of Madras.

Rekha Sharma: Sharma has openly supported the rights of women and the BJP party who have suffered sexual abuse and rape. She controversially called for the practice of confession to be abolished in churches, following allegations of abuse and blackmail by women who had made confessions.